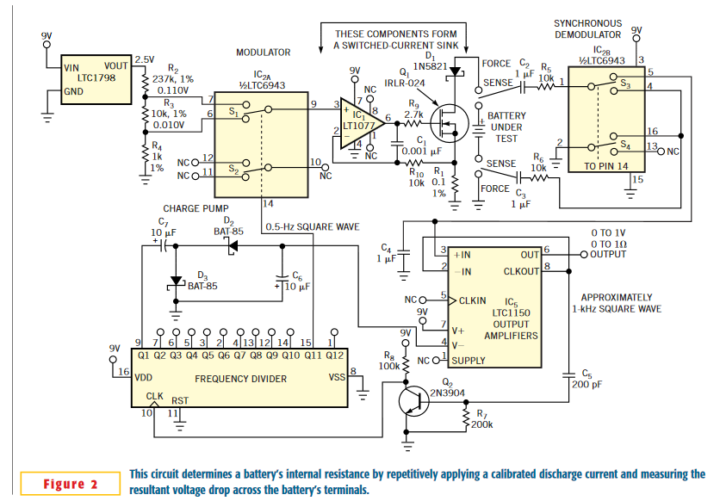 The simplest model of a battery comprises an ideal voltage source that connects in series with a resistance whose value—often a few milliohms—depends on the battery’s electrochemical condition and construction. If you attempt to use an ordinary ac milliohmmeter containing a kilohertz-range ac excitation source to measure a battery’s internal resistance, you get erroneous results due to capacitive effects, which introduce losses. A more realistic battery model includes a resistive divider that a capacitor partially shunts (Figure 1). In addition, a battery’s no-load internal resistances may differ significantly from their values under a full load. Thus, for greatest accuracy, you must measure internal resistance under full load at or near dc.