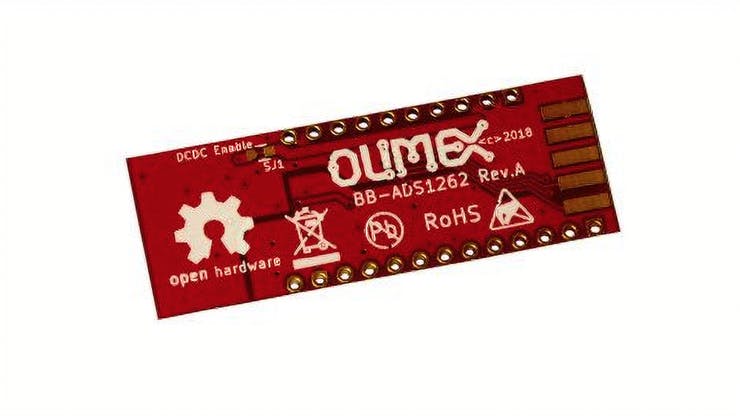 If your project demands some high precision analog measurements, then here is a new Olimex BB-ADS1262 that can help get the job done easily; with up to 10 channels of 32-bit ADC conversion, the new BB-AD S1262 breakout board is considered a great add-on for microcontrollers.

Before, system designers who needed a high-resolution analog-to-digital-converter have to sacrifice certain desired specifications like low noise, low offset drift, and several other integrated features. Things have however become easier as there are now ADCs that have helped to eliminate these trade-offs by providing a high resolution alongside fault-detection features, faster data rates, and wider temperature range, thereby maximizing performance.

The new BB-ADS1262 from Olimex is built around the Texas Instrument ADS1262 ADC chip and offers up to 10 Channel low-noise low-drive 32-bit ADC on an Open-source hardware breakout board.

says the Bulgarian open source specialist as he launches his new design.

The 10 channel sigma-delta precise 32 bit ADC breakout board is fully open source according to the Open Source Hardware definition and licensed under the CERN – Open Hardware Licence Version 2.0; software is released under the GPL3 Licensee (including an Arduino demo code) while the documentation is under a CC BY SA 3.0. 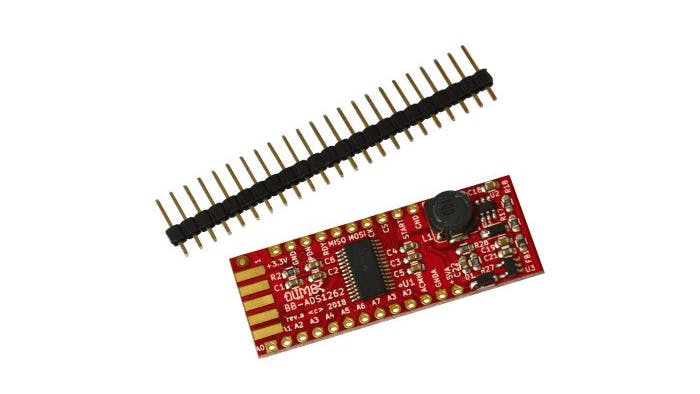 Designed for high accuracy and stability, the BB-ADS1262 breakout board has some key features worth taking note of, including;

The BB-ADS1262 board currently sells at $28, precisely €25.95 (with some discounts over a certain number of pieces) in Olimex’s shop. More details on it including hardware files and source codes can be found in their GitHub repository.

Thinking that you could get 32bits precision over a pin header on a consumer grade PCB is incredibly dumb. If you look at professional development boards for ADCs > 16bit, you’ll see that they all use high quality PCB material and coax connectors for the signals.

Latest at 24bits, you have to thoroughly clean the PCB with pure alcohol and triple distilled water before starting.
And unless you’re inside an rf shielded room, you’ll measure every radio signal in the world. You’d need a 4 layer PCB with tin shields, transmission lines for the signals, high quality coax connectors, and you’d have to put the whole thing inside an rf shielded housing. And think twice about every contact and conductor material you want to use.