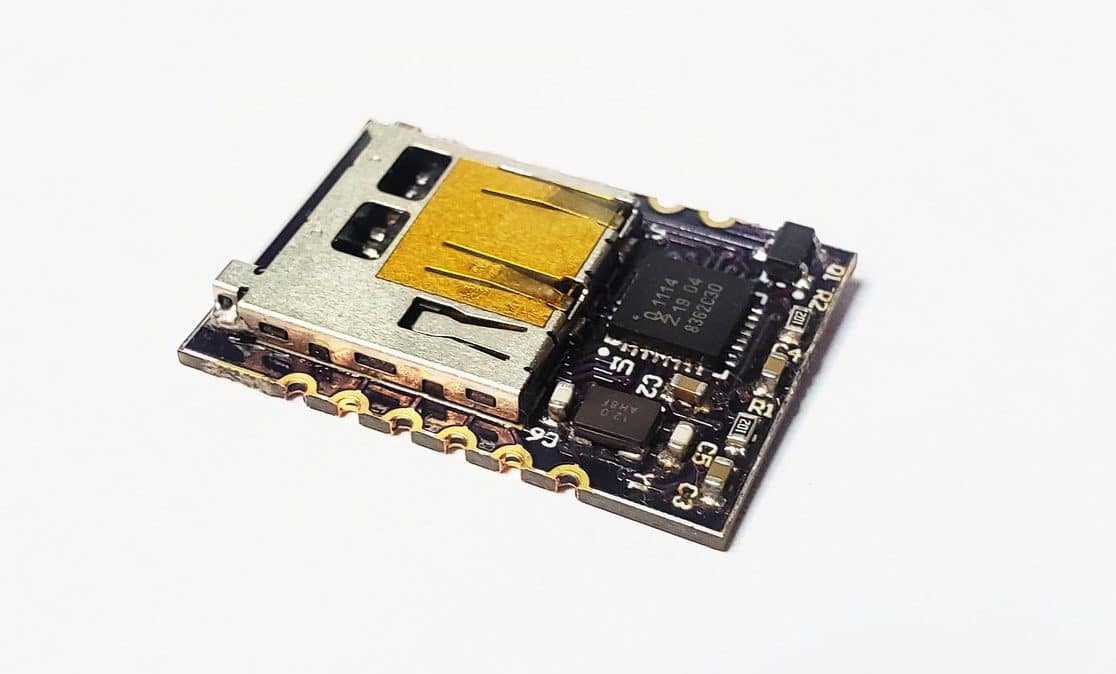 The module is furnished with FAT file system support which makes it compatible with multi-alarm voices, music players, and audio recorder applications. Its FAT file system allows users to play or create a file to record by calling file names using AT – commands. The wave III can record audio files on micro-SD and play pre-loaded files with 2 channel stereo of 10 – bits resolution.

It is equipped with an auto-baud rate detection system to automatically detect, adjust and assign baud rates up to 256 kbps for UART serial port communication. The module supports a standard serial RX/TX port for interfacing with devices like Arduino, Raspberry Pi, and microcontrollers. As a plus, it requires just a few plugs; power, audio in, and audio out to reduce overall system components.

From PCB reads, the board has 1 audio in and 1 audio out, which can only suggest that it runs a pseudo-stereo protocol. And that means it will not only offer reduced internal/control system components requirements but reduced external inputs peripherals too: only one microphone and one speaker is required for its 2-channel audio play/record function. This design also means that users don’t have to go through the headache of setting two microphones/speakers at orientations that will support sound localization of human perception. It’s just a plug-and-use architecture, a reason it should be the maker’s favorite. 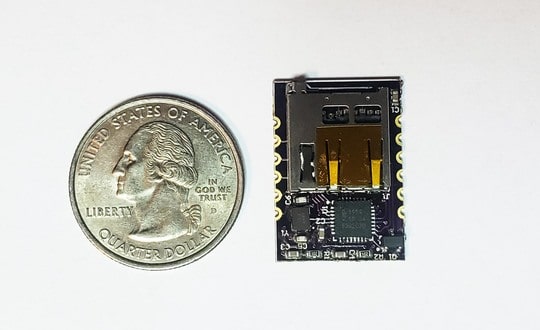 Wave III also supports low latency commands allowing for playing multiple audio files without interruption, super high audio quality, and 8bit/16bit Wav audio formats. Its footprint, sample code, and documentation are available for Altium designers and Devkit solutions/users just to make using it a hitch-free task. The Devkit board has an in-built USB to UART FTDI chip, an audio I/O jack, and jumpers giving makers, DIYs, and hobbyists the flexibility of testing for suitable settings and functionalities. That’s a big plus too. Its sample code is fully written in C language and is compatible with Arduino and any other programmable devices and chips.

As at the time of this writing, the wave III with the manufacturer’s part name, Wave-3-RV2.0 is only available for an active funding campaign on GroupGets at a single-unit price of $25.00 and $65.00 for the Dev Kit, which the company says will help users to start working with the module straight up without having to design their own board.

“The Dev board has a USB to Uart FTDI chip on board, Audio input and output jack, and jumpers to try different settings. With this board, you can just easily plug a speaker or headphone to it and use a terminal to send commands to the module to play/record and try its different functionalities.”

Manufacturing will commence once the required target is reached according to the designer. Its campaign is scheduled to end on Sat, 06 Nov 2021, according to GroupGets.

To join the funding campaign, and get more information on Wave-3-RV2.0, visit GroupGets.