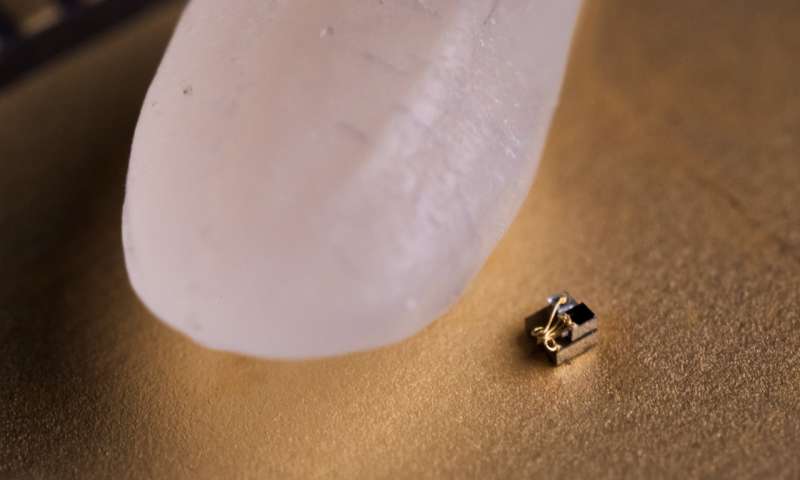 The battle of the world smallest computer is something the researchers at the University of Michigan don’t attempt to give up anytime soon with the introduction of the Michigan Micro Mote, a computer smaller than a grain of rice.

The Michigan Micro Mote has helped researchers at the University of Michigan remain top in the competition of the creation of the world’s smallest computer. IBM took the title in March 2018 with the release of their 1mm x 1mm computer that measured smaller than a grain of fancy salt at its Think 2018 conference; however, the Michigan Micro Mote has put the University of Michigan back at the top.

One major talk about the new computer built and even the previous one by IBM is if the so-called computer can be called a Computer. Reason being, it is hard to decide if the micro mote is a computer or not since they don’t satisfy some computer requirements like the ability to keep data when power runs out.

According to David Blaauw, a professor of Electrical and Computer Engineering at the University of Michigan,

We are not sure if they should be called computers or not. It’s more of a matter of opinion whether they have the minimum functionality required.

Be low are the features and capabilities of the Micro Mote:

Despite the very tiny size, the Micro mote might find applications in the following areas:

David Blaauw, Dennis Sylvester created the Michigan Micro Mote; both are professors of Electronics and Communication Engineering (ECE) at the University, and Jamie Phillips, an Arthur F. Thurnau professors of ECE. A study on the microcomputer was presented at the 2018 Symposia on VLSI Technology and Circuits on June 21.