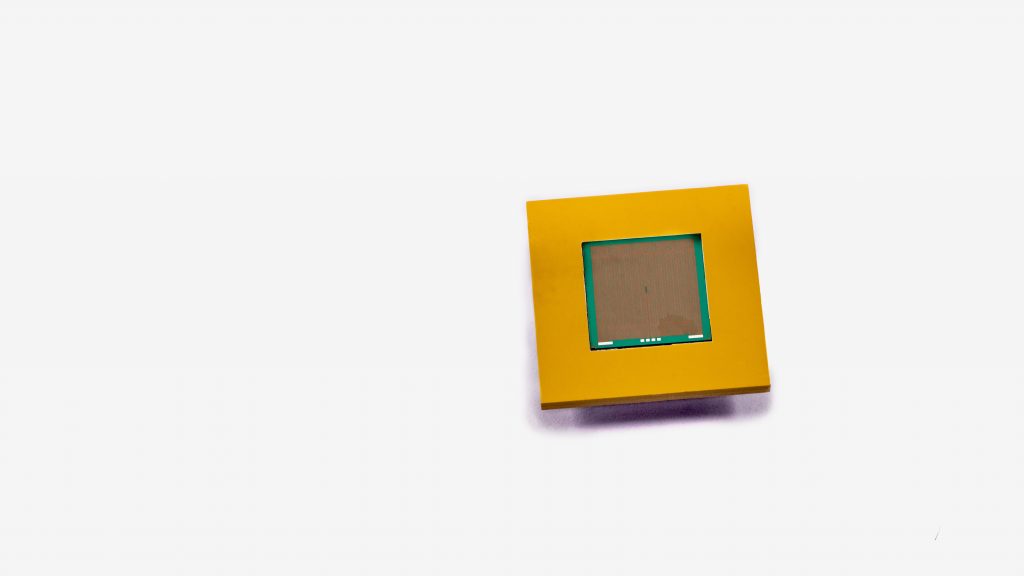 The imec heat sink assembled to a high performance chip for cooling the latter one achieves a low total thermal resistance of 0,34K/W to 0.28K/W at less than 2 W pump power. The advantages of using silicon (Si) technology for fabricating microchannels are reflected in the high quality and low cost of the final devices. Imec’s chip cooler may be the answer for the heat challenge that the new generation of power electronics and systems in a Package are faced with.

The downscaling of integrated chips and their packaging is a major trend in the electronics industry. However, with the resulting ever-increasing power density come detrimental heat effects that impact the reliability and performances of the devices. Liquid is more effective in removing that heat compared to air, because of its higher thermal conductivity and specific heat capacity.  Silicon as a material is a relatively good heat conductor. The use of small, parallel, high-aspect-ratio silicon microchannel structures of 32µm wide and more than 260µm deep in imec’s chip cooler further increases the convective heat transfer surface area and the heat transfer coefficient, enabling high heat flux removal. This makes it possible to dissipate power of more than 600W/cm2 while keeping the component temperature below 100°C.

The key attribute of silicon is that it can realize high-aspect-ratio microstructures at low cost by leveraging massively parallel production processes and is directly integrable in the semiconductor infrastructure. In the current version, the Si-based microchannel heat sinks are fabricated separately and then interfaced to the back side of a heat-dissipating chip. Using an optimized Cu/Sn-Au interface, imec achieves a very low thermal contact resistance between both parts. Finally, since the fluidic performance and thermal behavior can be predicted with high degree of accuracy, imec’s microcooler can also be tailored according to external system constraints such as space and liquid supply.

“Imec’s microfluidic heat sink realized on a Si platform is a best-in-class technology demonstrating the lowest thermal resistance allowing a power dissipation of over 600W/cm2 in a very small form factor. It allows for an increase in heat flux by two orders of magnitude compared to classical metal heat sinks,” said Philippe Soussan Principal Member of the technical staff. “Imec is working towards developing a next generation of this chip cooling solution, directly integrating the heat sinks and the IC at wafer scale, aiming at an additional cost of one USD.”