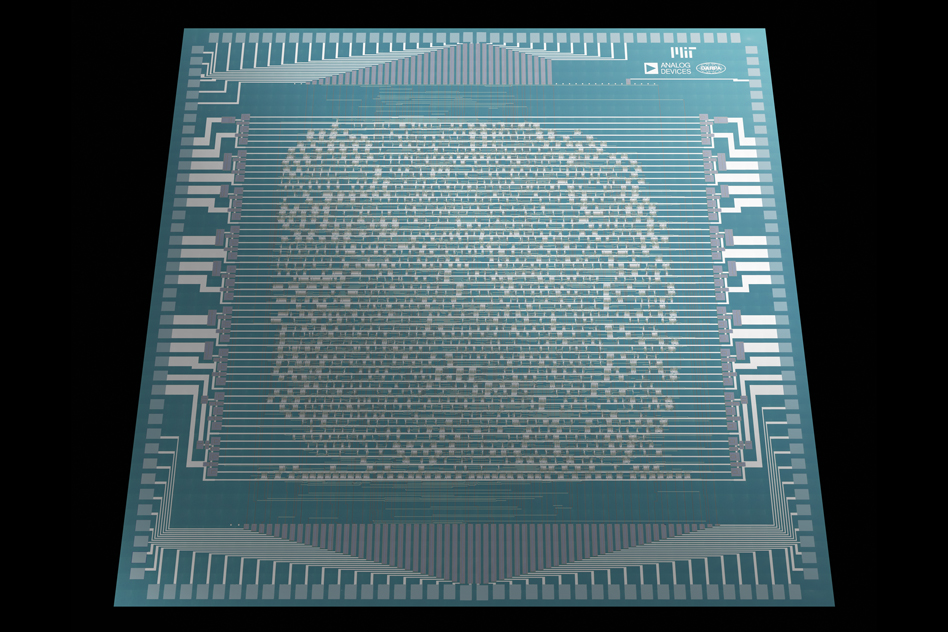 After years of tackling numerous design and manufacturing challenges, MIT researchers have built a modern microprocessor from carbon nanotube transistors, which are widely seen as a faster, greener alternative to their traditional silicon counterparts.

Silicon transistors — critical microprocessor components that switch between 1 and 0 bits to carry out computations — have carried the computer industry for decades. As predicted by Moore’s Law, industry has been able to shrink down and cram more transistors onto chips every couple of years to help carry out increasingly complex computations. But experts now foresee a time when silicon transistors will stop shrinking, and become increasingly inefficient.

Making carbon nanotube field-effect transistors (CNFET) has become a major goal for building next-generation computers. Research indicates CNFETs have properties that promise around 10 times the energy efficiency and far greater speeds compared to silicon. But when fabricated at scale, the transistors often come with many defects that affect performance, so they remain impractical.

The MIT researchers have invented new techniques to dramatically limit defects and enable full functional control in fabricating CNFETs, using processes in traditional silicon chip foundries. They demonstrated a 16-bit microprocessor with more than 14,000 CNFETs that performs the same tasks as commercial microprocessors. The Nature paper describes the microprocessor design and includes more than 70 pages detailing the manufacturing methodology.

“This is by far the most advanced chip made from any emerging nanotechnology that is promising for high-performance and energy-efficient computing,” says co-author Max M. Shulaker, the Emanuel E Landsman Career Development Assistant Professor of Electrical Engineering and Computer Science (EECS) and a member of the Microsystems Technology Laboratories. “There are limits to silicon. If we want to continue to have gains in computing, carbon nanotubes represent one of the most promising ways to overcome those limits. [The paper] completely re-invents how we build chips with carbon nanotubes.”