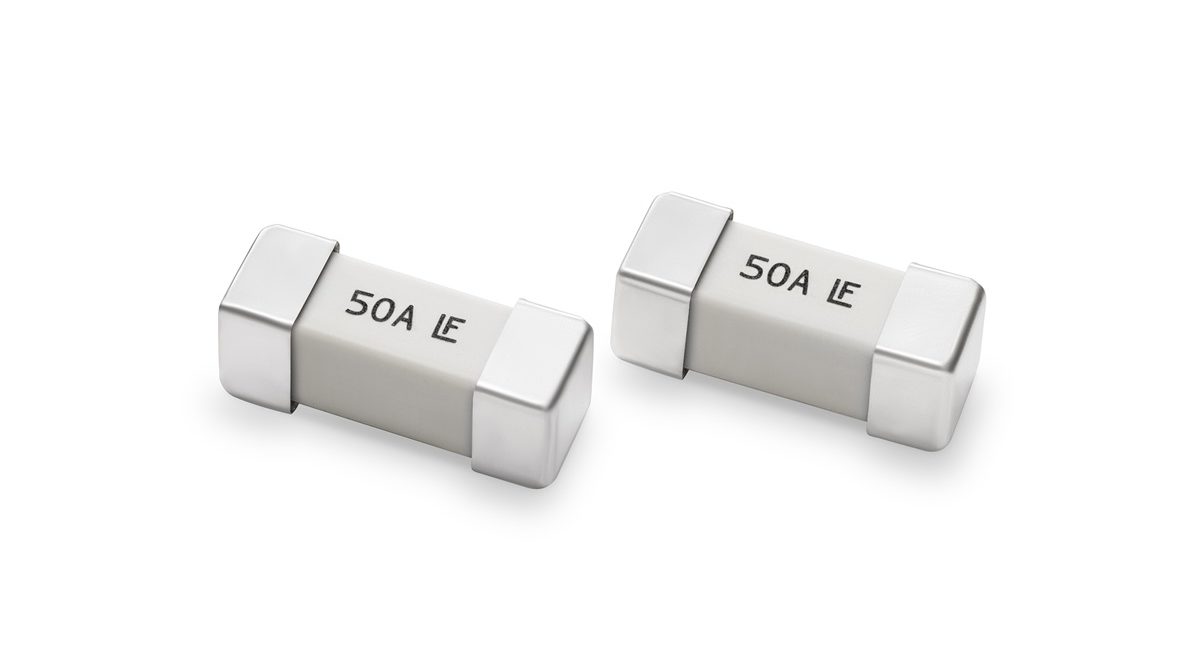 Such applications are mostly served today through a single large-sized high-current industrial type fuse or in some cases, parallel configuration of lower amperage SMD fuses. The 456SD 50 A series fuse gives the option of a single fuse solution for protection for such application requirements.