Skip to content
HomeProductsPIQO is a Small But Powerful Pocket Projector 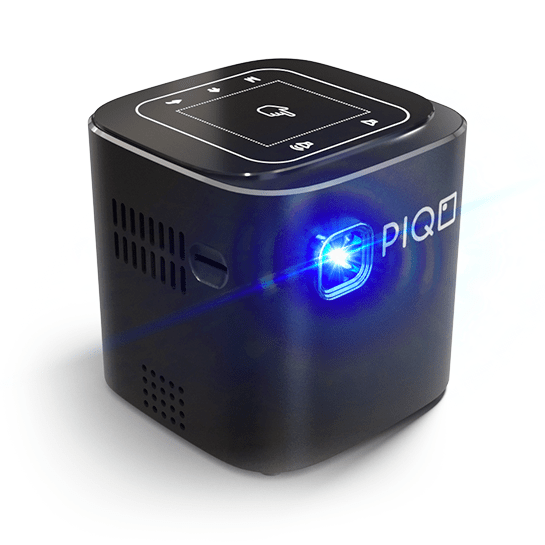 PIQO is a Small But Powerful Pocket Projector

The Pico Projector team which has been into the entertainment industry for a very long time decided to create a mini projector without those issues. The idea came in November 2017, and the team has worked hard to create PIQO – A Mini HD Pocket-Friendly Projector.

PIQO is a 2.25-inch cubed projector which can be carried around because of its size. It only requires a cable when it is being charged. The mini projector can be used to watch movies and videos for a maximum of 5 hours. It also has 50 hours music playback battery life. The projector comes with Hi-Fi speakers which gives amazing sound effects when listening to music or watching videos.

The 210 grams projector is powered by Android Nougat (Android 7) and is able to connect with most of the devices out there, whether you are using Android, Windows, Linux, or iOS, PIQO gets you covered. One great feature of this pocket projector is the fact that it is compatible with over 3 million applications and even supports Google play-store. It comes with its own 16GB offline storage for video storage that have been downloaded.

PIQO has a 64-bit quad-core CPU and gives 200 lumens output, whether it’s day or night, you’ll enjoy an HD viewing experience in stunning clarity. It supports video format of up to 1080p HD. It has great gravity sensors which make it to automatically adjust its angle once the projector is moved when in use. It has HDMI and USB ports and an audio jack port. The projector charges super fast, and you can use it for an hour if it has been charged for at least 15 minutes; when compared to other portable projectors, this is a significant improvement.

The projector is not just a smaller version of the other portable projectors, and it comes with better features. It is touch sensitive and has easy control interface. It comes with Bluetooth 5.0. Once connected, PIQO can cast from any device and project onto any surface. 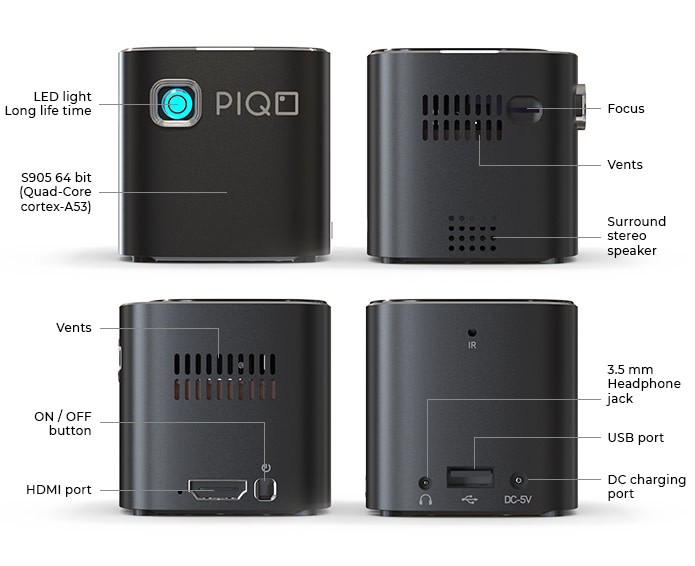 The team had the idea in November 2017, by November 2018 the product was complete and a campaign was launched on Indiegogo. Right now, the product has 2522 backers and has already  raised over $871,600. The early bird price is now $349 because of a discount made by Indiegogo. Want to get on the PIQO wagon, check out their campaign page.