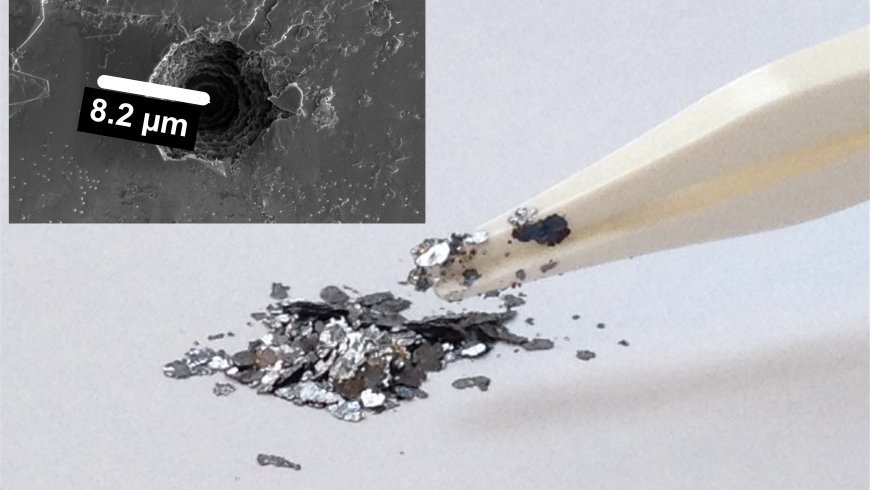 Lithium-ion batteries are flammable and the price of the raw material is increasing. Scientists and engineers have been trying to find out a safe yet efficient alternative to the Lithium-ion technology. The researchers of Empa and ETH Zürich have discovered promising approaches as to how we might produce powerful batteries out of waste graphite and scrap metal.

Kostiantyn Kravchyk and Maksym Kovalenko, the two chief researchers of the Empa’s Laboratory for Thin Films and Photovoltaics, led the research group. Their ambitious goal is to make a battery out of the most common elements in the Earth’s crust – such as graphite or aluminum. These metals offer a high degree of safety, even if the anode is made of pure metal. This also enables the assembly of the batteries in a very simple and inexpensive way.

In typical lithium-ion battery design, the negative electrode or anode is made from graphite. This new design, however, uses graphite as the positive electrode or cathode. In order to make such batteries run, the liquid electrolyte needs to consist of special ions that form a kind of melt and do not crystallize at room temperature. The metal ions move back and forth between the cathode and the anode in this “cold melt”, encased in a thick covering of chloride ions.

Alternatively, large but lightweight and metal-free organic anions could be used. But, this raises some questions which cannot be solved easily – where are these “large” ions supposed to go when the battery is charged? What could be a suited cathode material? In comparison, the cathode of the lithium-ion battery is made of a metal oxide which can easily absorb the small lithium cations during charging. This does not work for such large organic ions.

To solve the problem, Kovalenko’s team came up with a unique and tricky solution: the researchers turned the principle of the lithium-ion battery upside down. In Kovalenko’s battery, the graphite is used as a cathode; i.e., the positive pole. The thick anions are deposited in the intermediate spaces in the graphite. While searching for the “right” graphite, they found that waste graphite produced in steel production (known as kish graphite) works the best as a cathode material. Natural graphite is suitable when it is in the form of coarse flakes and not too finely ground.