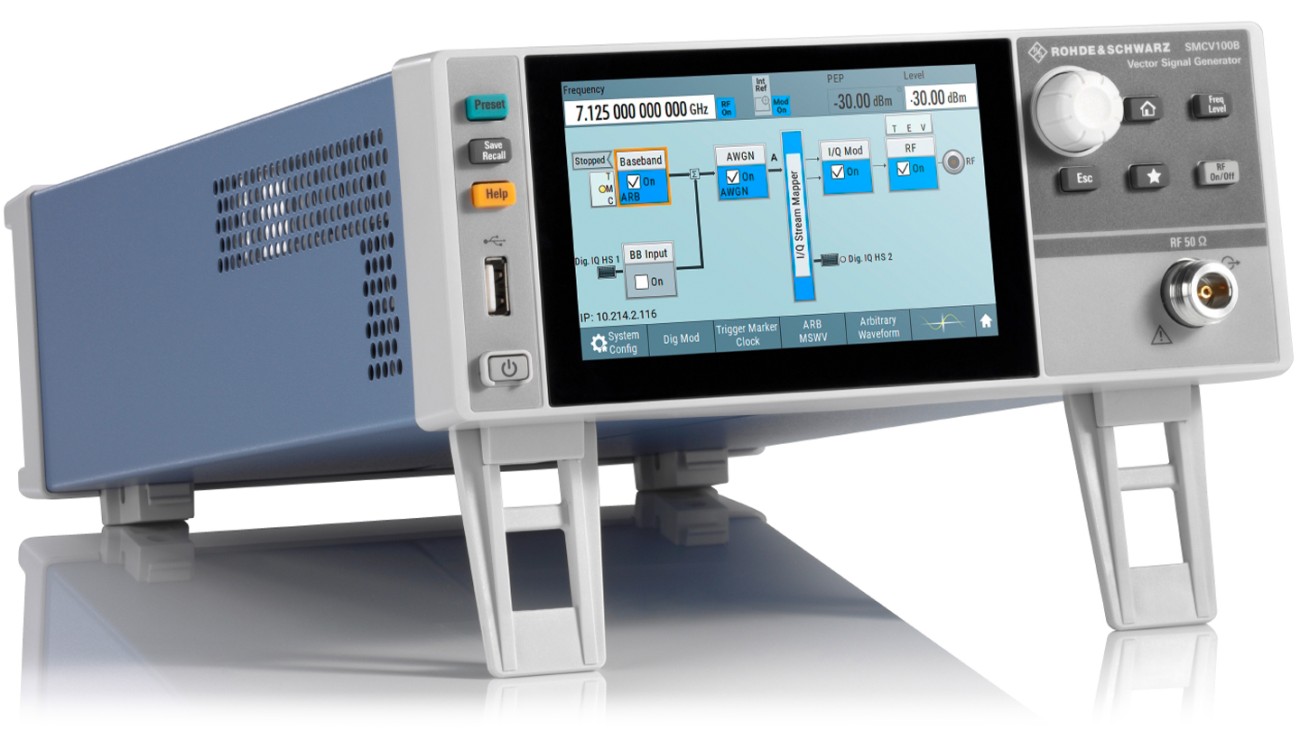 Working within the automotive industry, the R&S SMCV100B is suitable for end-of-line testing of radios and GNSS navigation equipment. Per a company press release, for Go/NoGo tests, the generator can output GPS, GLONASS, Galileo and BeiDou signals of a single navigation satellite. Predefined, time-limited I/Q sequences can be output for functional tests with fixed satellite positions.

A direct RF concept to generate output signals for frequencies up to 2.5GHz is used to allow I/Q modulation and RF signal generation for performance in the digital domain. This concept supports enhanced SSB phase noise performance.

Per the company, the R&S SMCV100B, a general-purpose instrument, can be deployed in labs at universities and schools in addition to production lines.