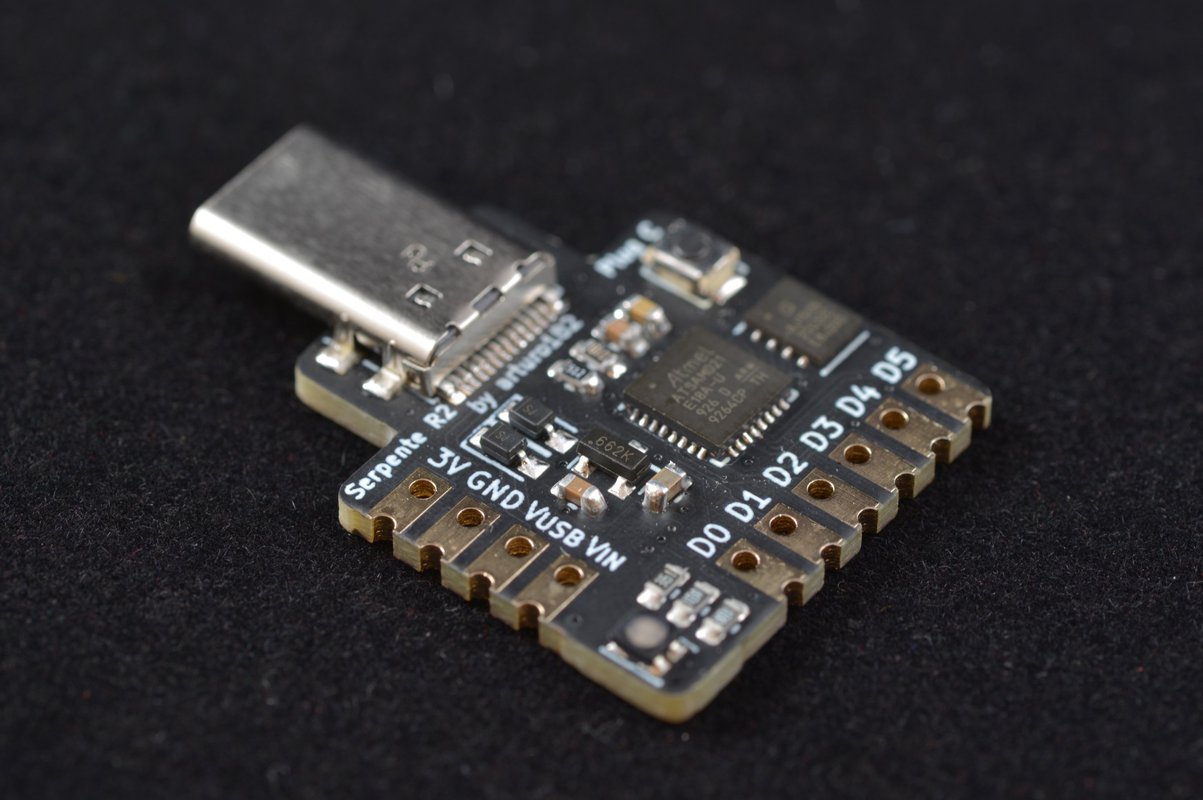 CircuitPython’s user base is growing even though a lot of people believe Micropython is a better route. It enjoys the rigorous backing 0f one of the major drivers of the Maker community (Aka Adafruit) and recently has been the “embedded Python” stack of choice for several open-source development boards. One such board is the Serpentine boards created by the popular Arturo182.

According to the board’s description on Tindie, the Serpentine boards are “a low-cost development boards designed to be used with Adafruit’s CircuitPython”. The boards are based on Microchip SAMD21 Arm Cortex-M0+ microcontroller and they bear a striking resemblance to the Digisparks boards which the description on Tindie mentioned as the inspiration for the serpentine, “both in form-factor as well as use-cases”. The Serpentine comes with a 256KB of flash, 32KB of RAM and a 4MB flash which is used for storing CircuitPython code and program files. The board operates on a 3.3V power and Logic level but it comes with a 250mA LDO regulator which ensures it can be powered off a USB port.

Highlight features of the board include:

One of the major swings in board designs in 2019 was the migration from MicroUSB ports to USB TypeC ports. It became a hugely popular thing with existing boards creating board revisions with USB Type C ports, and new boards adding it to the options.  Serpentine was also created with this in mind as it comes in three versions with the only difference being the USB Connectors. The three versions include the standard Serpente board which comes with a female USB Type-C connector, the Serpente Plug C which comes with a male USB Type-C connector, and the Serpente Plug which uses the board itself as a Type-A USB plug.

The Serpentine boards are available on Tindie for $15 and have so far been bought by 183 people with all 5-stars review.

More information on the board’s features, application and ordering perks can be found in its Tindie Page.