Skip to content
HomeBlog Spectrum Next, A New of ZX Spectrum

Spectrum Next, A New of ZX Spectrum

In 1982, the UK’s best selling computer, ZX Spectrum, was released by Sinclair as 8-bit personal home computer highlighting the machine’s color display. And today, a group of makers are introducing the Spectrum Next, an updated and enhanced version of ZX Spectrum.

The Spectrum Next is fully compatible with the original one. It enhanced to provide a wealth of advanced features such as better graphics, SD card storage, and manufacturing quality control. It also comes with a new software to make use of the new hardware, including new graphics modes and faster processor speeds.

As it is implemented with FPGA technology, it can be upgraded and enhanced using special memory chips and a clever design, while remaining compatible with the original hardware. It has a Z80 within, clocked to a blazing-fast 7Mhz, and an optional 1Ghz co-processor. 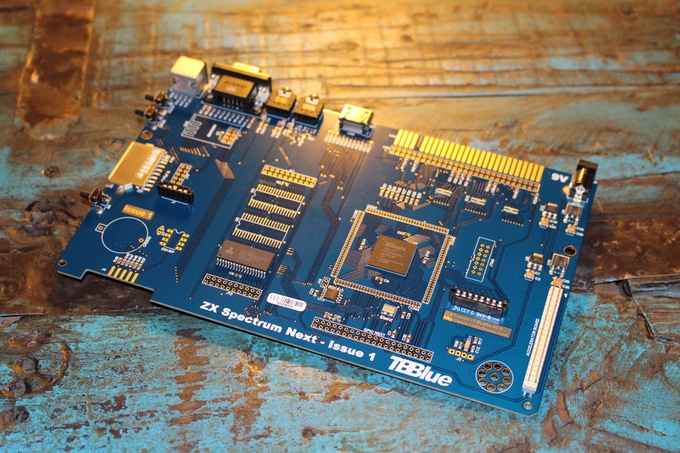 Spectrum Next has three graphical modes; “Radastan”, “Layer 2” and Sprites. Radastan is a 128 x 96 with 16 colours per pixel from an enhanced palette. “Layer2” is a Next exclusive mode that supports a “layer screen”, a 256 x 192 with 256 colours per pixel. Sprites are exclusive to the Next too and can be used over the other modes. A “sprite” is a 16×16 image with 256 colours per pixel that can be drawn anywhere on screen, including the border area. Sprites can also be moved incredibly fast over the screen, because the job is done by hardware, not software.

ZX Spectrum Next in action

Next is a “esxDOS ready” that uses the system designed by Miguel Guerreiro, and it’s one of the most powerful OS available at this time, including support for the .TRD format widely used in Russia and required for some of the most advanced programs currently available for the Spectrum.

Three days remaining of Spectrum Next crowdfunding campaign, where they already reached 215% of their goal. The current cost is about $225 and you can pre-order your board through the kickstarter campaign. More details about Spectrum Next is available on the official website.