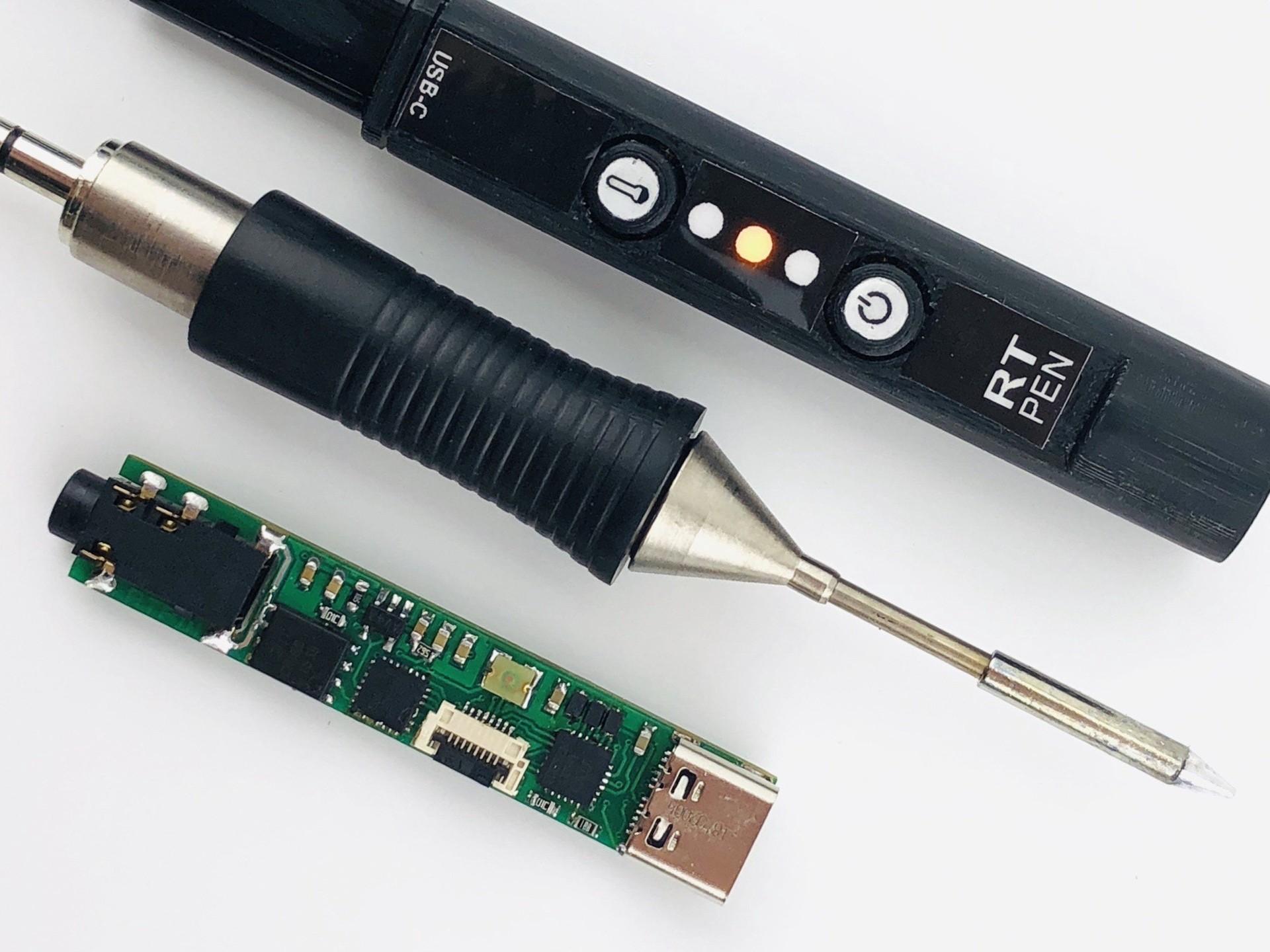 One of the most important actions in the development of any electronics device is soldering, irrespective of the method adopted, having the right tools to do it the right way is a major determinant of the speed and quality of the soldering process. Several soldering tools exist in the market with each aiming to solve different points for engineers/technicians, from power failure problems which are being solved by Gas powered soldering irons to reliable SMD Soldering being solved by Soldering Stations. However, each of these solutions also come with their shortcomings which then become another problem for Solution-oriented individuals to solve.

This kind of pattern is what led Thomas Leputsch to develop the USB-C-PD based Soldering pen to combat the portability challenges people face with soldering stations.

Soldering stations come with blissful features like adjustable power and interchangeable tips and are an invaluable tool for everything from PCB electronics population to making stained glass windows, however, they are not portable and they always need a wall outlet for power. To remove this drawback, Thomas Leputsch developed a USB-C  based Soldering Pen.

While there have been several designs leveraging USB Type-C for portable soldering irons, in such ways that the soldering iron can be powered via power sources like laptops, power banks, etc., they tend to be very expensive which is why Thomas decided to design his own. 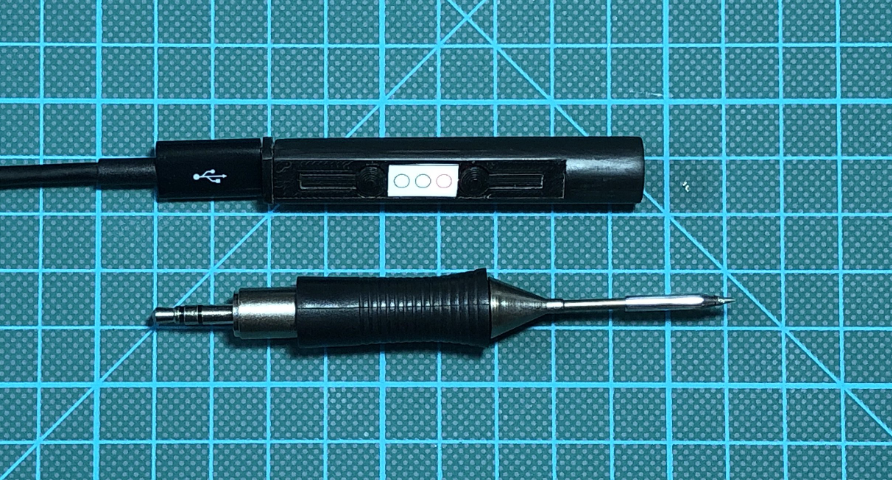 Thomas’s design uses a USB-C-PD Soldering pen with an interchangeable Weller RT tips. The selection of materials for the design was done to ensure the costs were as low as possible. The design featured a STM32F042G6U6 MCU with an Arm Cortex-M0 processor which was used to control the temperature profiles and a STUSB4500QTR which was used as the USB power delivery controller. The device was based on the interchangeable Weller RT tips because of his personal fondness for them as he explained on the project page that,

“The intention for this project was to build a cheaper and even more compact controlling unit for the — in my opinion — best soldering tips for small and medium-sized soldering joints”.

Just like the more expensive competition, the USB-C-PD Soldering Pen can be powered using any USB-PD power supply including power banks and even laptops and other devices that use the USB Type-C power supplies. The pen is fitted with three LEDs each of which indicates different power profiles (low, medium, high). The choice profile can be selected using the pair of buttons located on the handle of the device.

The heat-up time for the soldering pen is quite impressive as it is capable of going from 25°C to 350°C in just less than 7 seconds, and it idles at 180°C in standby mode.

Staying true to his love for open source,  Leputsch has uploaded a detailed walkthrough on his project page so those interested in recreating his build, would have little or no difficulty figuring it all out.