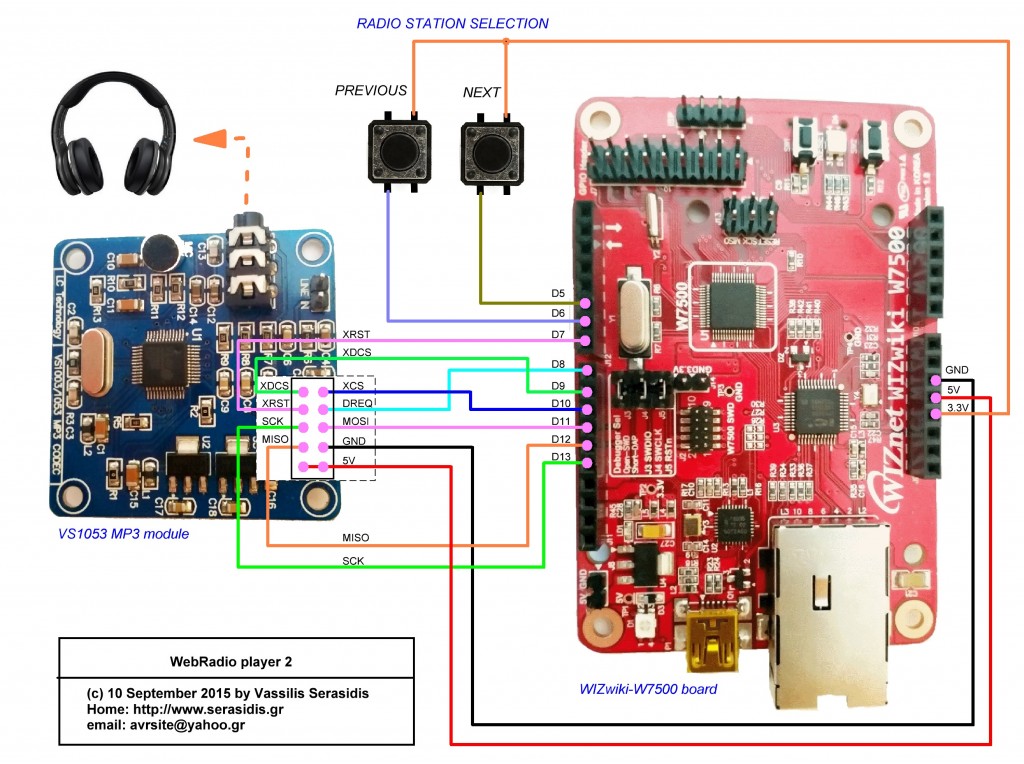 On 31 August 2015 I got the new WIZnet platform board, the WIZwiki-W7500 that is based on a Cortex-M0 cpu at 48MHz with 128 kBytes of flash memory and 48 kBytes of RAM shared with the hardwired TCP/IP core. The RAM amount used by the TCP/IP core can be upto 32 kBytes leaving the rest 16 kBytes to the user (32 + 16 = 48 kBytes of RAM). The W7500 is a 3.3V device but according to the WIZnet the board’s I/O pins are 5V tolerate. Moreover, the board has the same pinout with the Arduino UNO. Combining this board with a VS1053 mp3 decoder board you can build a very nice Icecast Internet streams player (WebRadio player) that can plays internet audio streams upto 320 kbits/second (320 kbps). Of course the limited RAM on W7500 receiver side (16 kBytes) is not enough to cover big data delays between your internet connection gateway (your ADSL router) and the Icecast server.