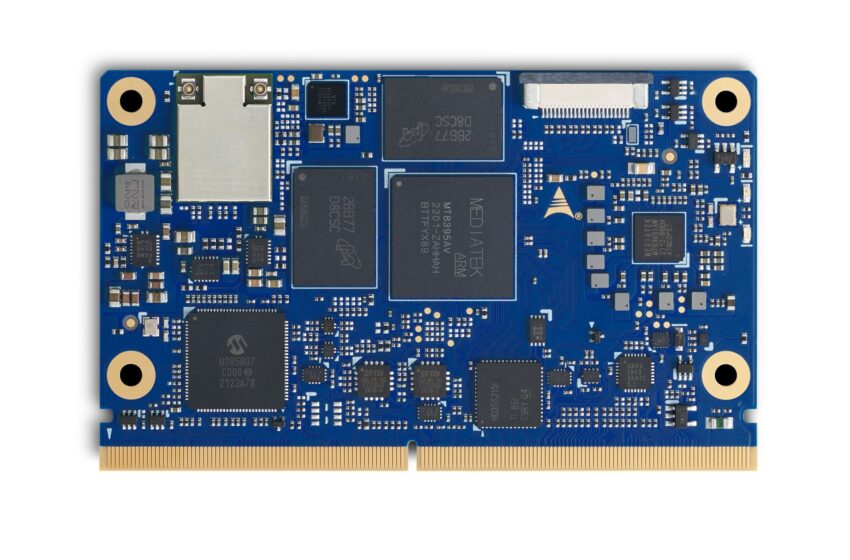 ADLINK Technology Inc., a global leader in edge computing, announces the release of its very first SMARC module built with a MediaTek® SoC. Utilizing the MediaTek® Genio 1200 processor, this ADLINK SMARC COM features high-performance AI and graphics-centric capabilities, ideal for various AIoT use cases at the edge. This includes everything from advanced smart home, human-machine interface, and 4K multimedia applications, to industrial IoT, robotics, and more.

“With a powerful 8-core CPU and integrating GPU plus APU, the module showcases a computing prowess previously only seen in x86 platforms, and at half the power envelope,” said Henri Parmentier, Senior Product Manager, ADLINK. “It enables our clients to bring advanced intelligent systems that can not only handle extreme workloads but also reduce energy costs and leverage for an improved carbon footprint.”

“MediaTek’s Genio AIoT platform was designed to play a key role in helping drive the next generation of innovation at the edge,” said Richard Lu, Vice President of MediaTek’s AIoT Business Unit. “We look forward to seeing the many new user experiences that are brought to life through ADLINK’s latest Genio 1200-powered SMARC module.”

For industrial AIoT innovations, the module can build powerful robots for use in harsh industrial conditions and in temperatures that range from -40° to 85°C. 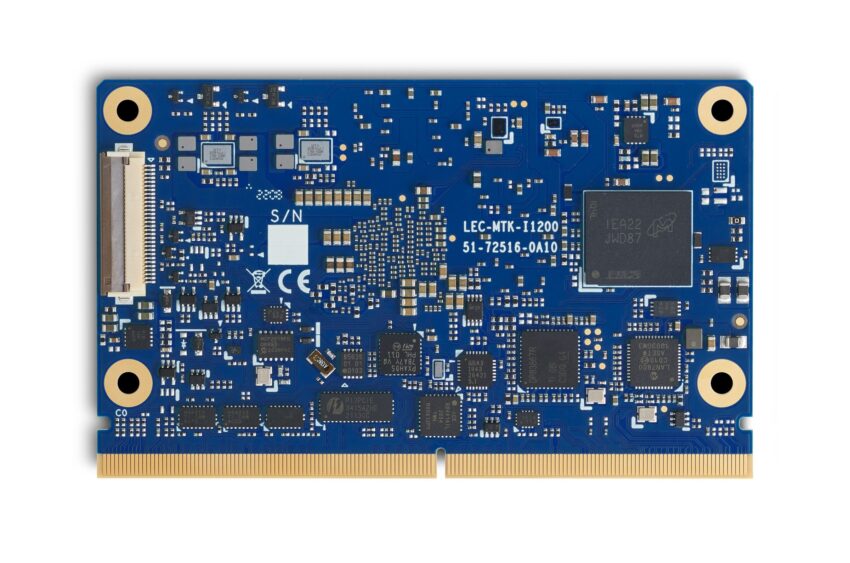 ADLINK’s MediaTek Genio 1200 SMARC Module is part of ADLINK’s portfolio of SMARC form factors that support both ARM and x86 designs. ADLINK has worked closely with MediaTek to deliver a smart, powerful solution for AI and graphics-centric IoT applications. Alongside its high-performance, on-device AI and multitasking compute capabilities, the module is offered with low power consumption and extended temperature tolerance option, empowering system integrators to run complex AI workloads even in harsh environments, and making it the ideal solution to various AIoT use scenarios in any industry.