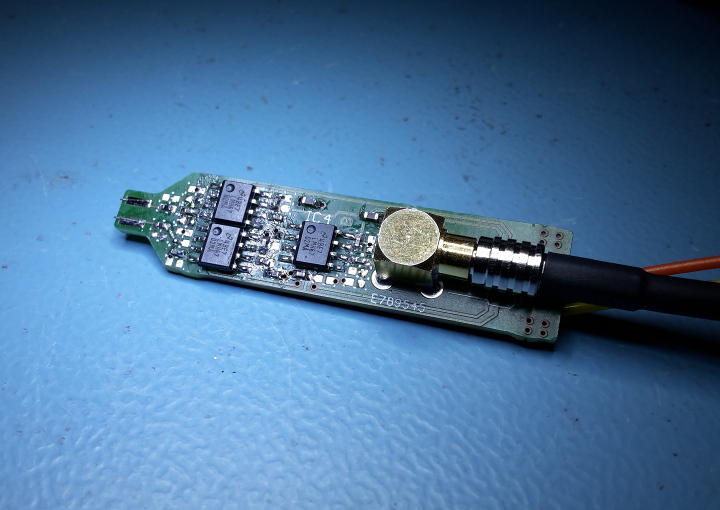 Christer wanted to see how a 500MHz differential clock was behaving so he decided to build an active probe. To simulate the circuit he used TINA spice software and documented the process in three parts on his website.

What I really wanted was an active differential probe which should be able to look at a 500MHz signal at a couple of volts or so with decent fidelity. To do that I wanted a probe with about one GHz of usable bandwidth. I have an old Tektronix 11801B scope with two 20 GHz sampling heads with 50Ω single ended inputs that can handle signals which are 1.0V peak-to-peak so that’s what I wanted the probe output to be compatible with. The probe must attenuate the signal so to not overdrive the inputs and to make things easy to calculate I decided on letting the probe have a 1:10 attenuation.