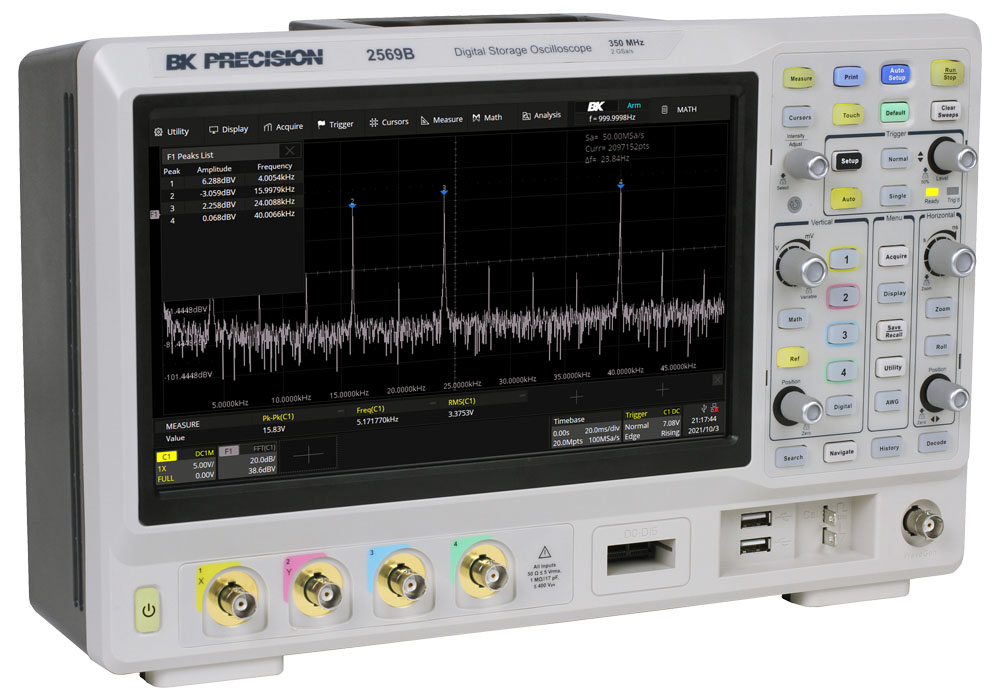 B&K Precision adds to its 2560B series of oscilloscopes

B&K Precision, a designer and manufacturer of test and measurement instruments has announced the 2560B series of performance oscilloscopes.

This series improves on the previous 2560 series and introduces new features not typically found in other oscilloscopes in this class, the company claims. Most noticeably, the increased maximum bandwidth to 350MHz and the large 10.1-inch touchscreen display with intuitive touchscreen gestures.

Features of the improved 2560B series include a power analysis tool that can evaluate 11 different switching power supply parameters such as power quality, inrush current and output ripple. In addition, these oscilloscopes can produce bode plots for evaluating the gain and phase of a system.

Start testing and debugging with the built-in 50 MHz arbitrary waveform generator and serial decoding for I2C, SPI, UART, CAN and LIN protocols enabled right out of the box.

The MSO models include a 16-channel digital logic probe for mixed-signal acquisition. The 2560B series provides a convenient built-in web server that can be accessed through any web browser on the same network.

The server allows users to control all the instrument’s functions, install firmware updates and save waveform data, setups and screenshots. DSO models can be upgraded to an MSO any time after purchase.