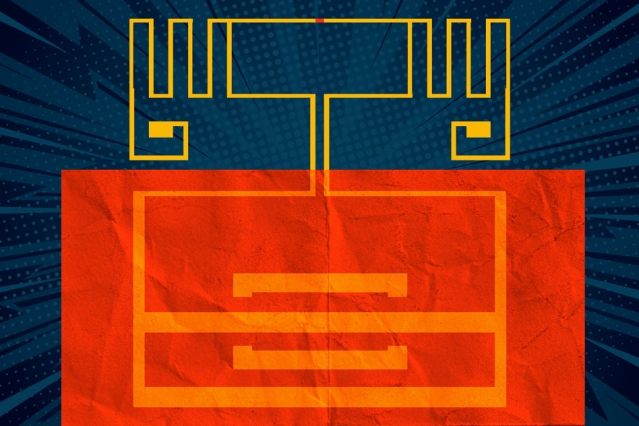 Imagine a world where smartphones, laptops, wearables, and other electronics are powered without batteries. Researchers from MIT and elsewhere have taken a step in that direction, with the first fully flexible device that can convert energy from Wi-Fi signals into electricity that could power electronics.

Devices that convert AC electromagnetic waves into DC electricity are known as “rectennas.” The researchers demonstrate a new kind of rectenna, described in a study appearing in Nature today, that uses a flexible radio-frequency (RF) antenna that captures electromagnetic waves — including those carrying Wi-Fi — as AC waveforms.

The antenna is then connected to a novel device made out of a two-dimensional semiconductor just a few atoms thick. The AC signal travels into the semiconductor, which converts it into a DC voltage that could be used to power electronic circuits or recharge batteries.

In this way, the battery-free device passively captures and transforms ubiquitous Wi-Fi signals into useful DC power. Moreover, the device is flexible and can be fabricated in a roll-to-roll process to cover very large areas.

What if we could develop electronic systems that we wrap around a bridge or cover an entire highway, or the walls of our office and bring electronic intelligence to everything around us? How do you provide energy for those electronics?” says paper co-author Tomás Palacios, a professor in the Department of Electrical Engineering and Computer Science and director of the MIT/MTL Center for Graphene Devices and 2D Systems in the Microsystems Technology Laboratories. “We have come up with a new way to power the electronics systems of the future — by harvesting Wi-Fi energy in a way that’s easily integrated in large areas — to bring intelligence to every object around us.

Promising early applications for the proposed rectenna include powering flexible and wearable electronics, medical devices, and sensors for the “internet of things.” Flexible smartphones, for instance, are a hot new market for major tech firms. In experiments, the researchers’ device can produce about 40 microwatts of power when exposed to the typical power levels of Wi-Fi signals (around 150 microwatts). That’s more than enough power to light up an LED or drive silicon chips.