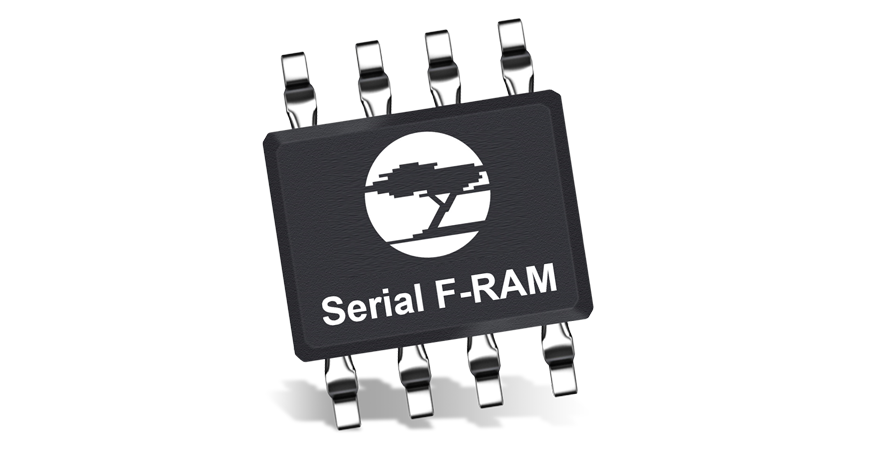 F-RAM provides fast writes at full interface speed. F-RAM does not have any write delays and data is instantly nonvolatile. Traditional nonvolatile memories have delays of 5 or more milliseconds before data becomes nonvolatile. If power is disrupted, pending data is lost unless the system has extra capacitance or batteries to keep the system on until data is stored.

F-RAM offers virtually unlimited endurance of 100 trillion read/write cycles. Traditional nonvolatile memories typically have less than 1 million cycle endurance, forcing system designers to use complex wear-leveling routines and up to 4x more density to prolong the lifetime of these memories.

The devices are made of a ferroelectric material that is highly resistant to influence by radiation and magnetic field exposure. This provides soft error rate immunity for a superior alternative to MRAM. These F-RAM devices are typically used in mission-critical applications. This includes smart meters, automotive electronics, industrial control, and automation equipment, multifunction printers and portable medical devices. 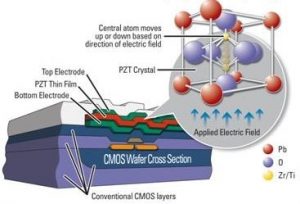 Cypress F-RAM is built on Ferroelectric technology. The F-RAM chip contains a thin ferroelectric film of lead zirconate titanate, commonly referred to as PZT. The atoms in the PZT change polarity in an electric field, thereby producing a power efficient binary switch. However, the most important aspect of the PZT is that it is not affected by power disruption, making F-RAM a reliable nonvolatile memory. A common misconception is that ferroelectric crystals are ferromagnetic or have similar magnetic properties. In fact, ferroelectric materials switch in an electric field and are not affected by magnetic fields.