Skip to content
HomeAIESP-EYE – AI Developement Board Based on ESP32 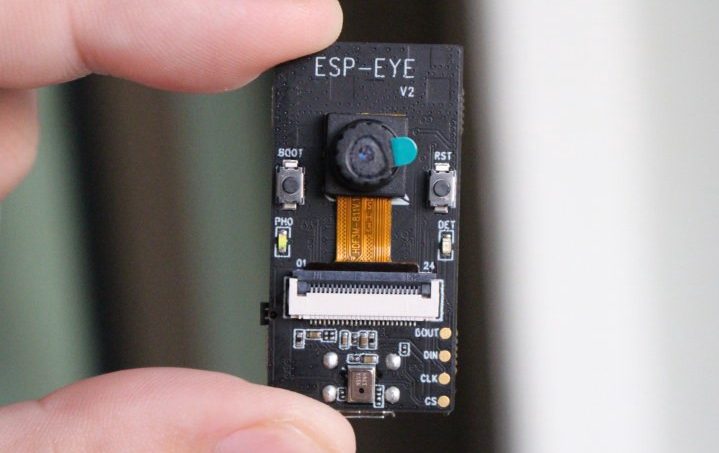 ESP-EYE – AI Developement Board Based on ESP32

ESP-EYE is an upcoming AI development board from Espressif Systems with the hope of getting a grab of the already saturating machine learning ecosystem which is mostly optimized for ARM-based architectures. The ESP-EYE board which initially appeared on CNX Software doesn’t seem to be readily available for purchase.

At the core of the board is the ESP32 dual core Tensilica LX6 processor, 8 MB PSRAM and a 4MB flash. The ESP EYE integrates a digital microphone as well as provides an external 2-million-pixel camera making it capable of AI features such as face detection, face recognition, speech recognition, and voice wake-up which are all supported out of the box. The board can also support image transmission over Wi-Fi and debugging using the Micro USB port, which enables user’s development of advanced AI solutions.

The board shares similar traits with the ESP32-CAM camera board which includes a micro camera, only that it adds a microphone, it’s an “official” Espressif product which will translate to more software support, and it is smaller than the CAM board as well. 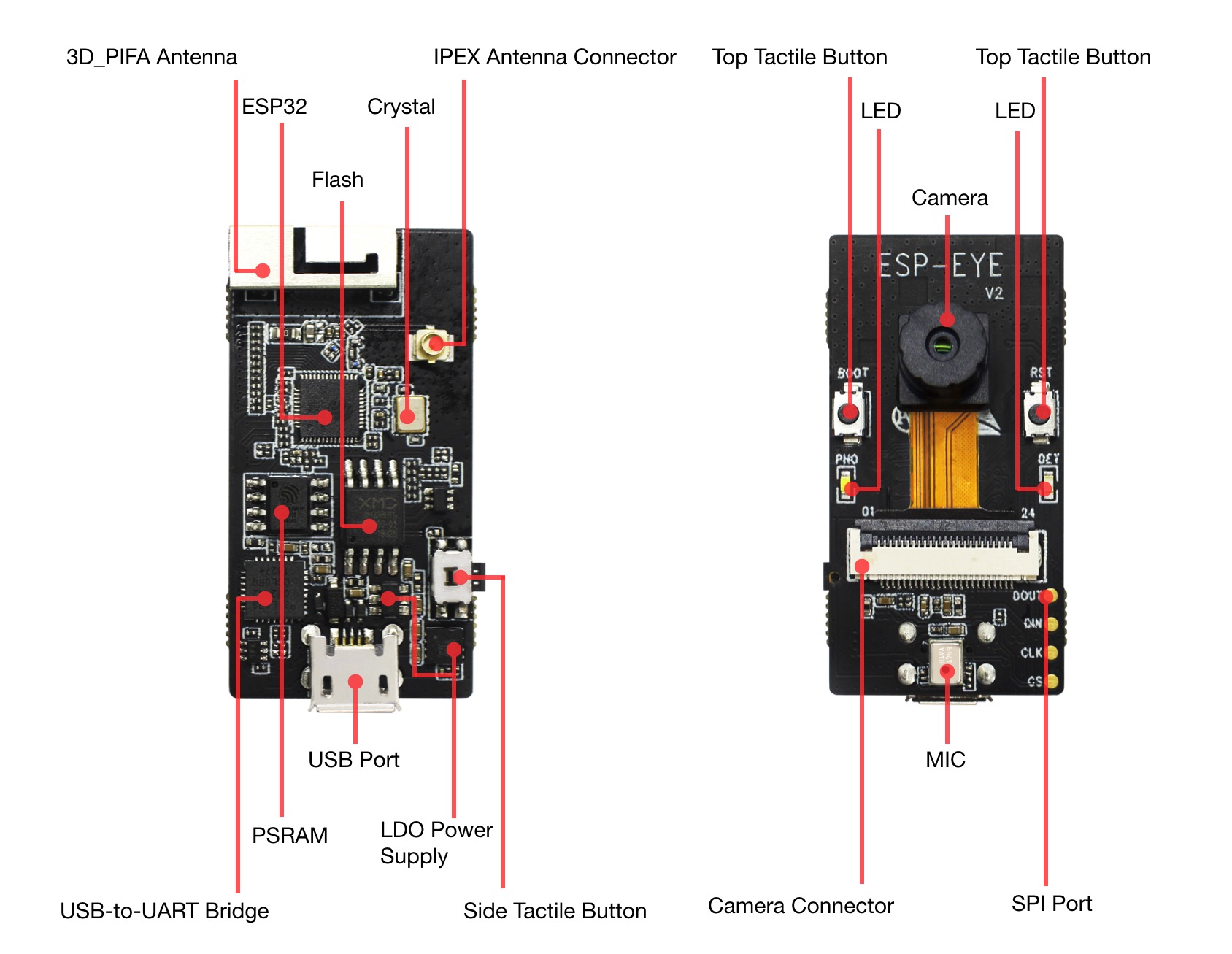 The software stack that will power the ESP-EYE is their own ESP-WHO framework. The voice wake-up command for the ESP EYE is “Hi Lexin,” and the board will successfully wake itself up by switching on the Red LED while the white LED goes off.

Below are some of the specifications of the ESP-EYE development board:

The illustration below shows working procedure of the ESP-EYE: 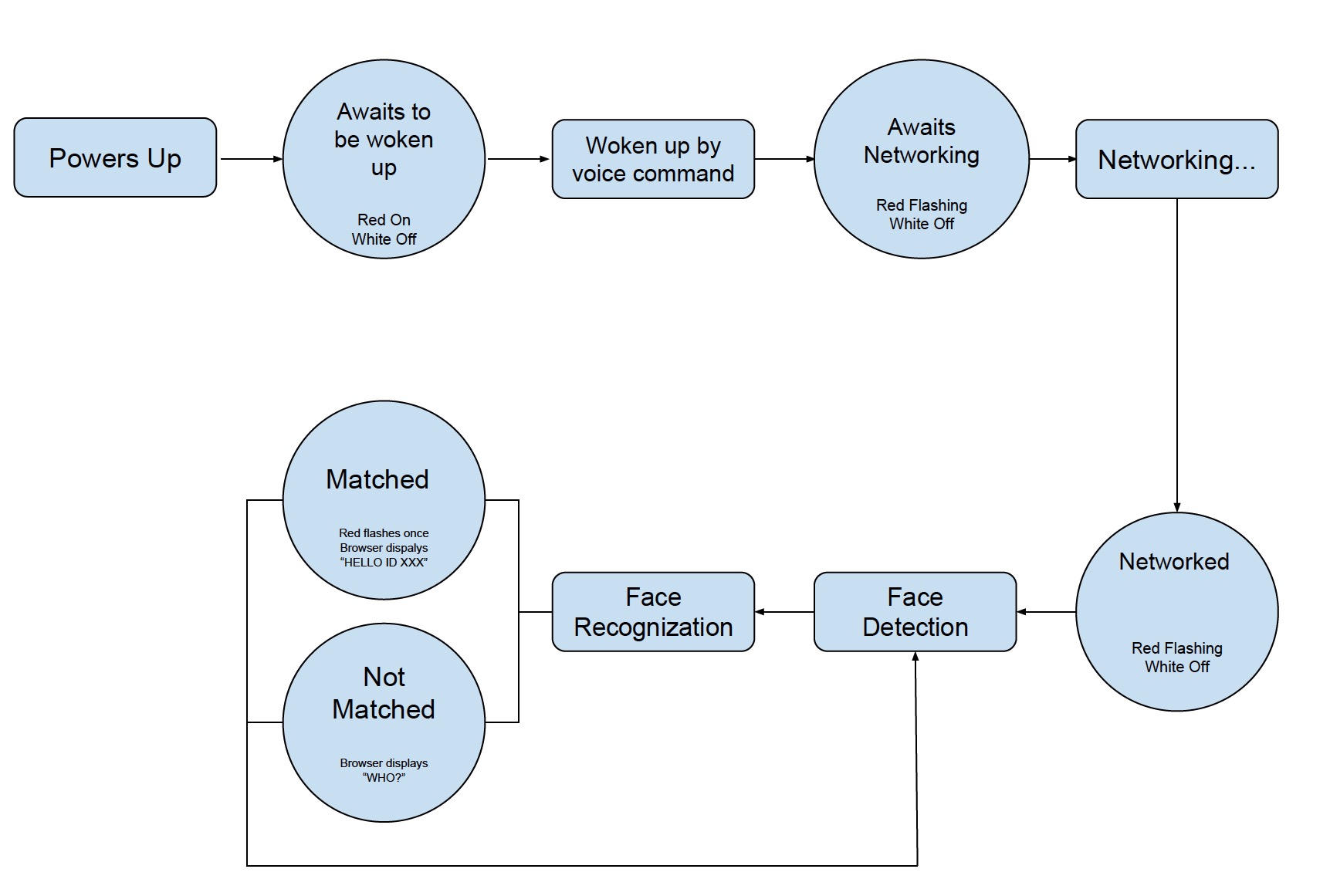 ESP-EYE supports firmware downloading with a PC loaded with Linux, MacOs or Windows operating systems. For now, users must set up toolchain in the development environment before starting the software development.

As raised on Reddit by some users, whether “Face detection is done on board or images are streamed to open CV somewhere,” ESP-EYE definitely do the face detection on board. The ESP-EYE is going to open up new applications for newer and existing projects in the areas of computer vision, imagine what you can do with hacking an Arduino to work together with the ESP-EYE. You can create a low-cost AI project. I need to get my hands on one now!

More information is available on the getting started page on Github, which is super straightforward on how to get it running.

TTGO T-Camera is an ESP32 CAM Board With OLED and AI Capabilities. - Electronics-Lab

[…] (Mostly around Face Detection and Recognition) such as the camera boards ESP32-CAM and the upcoming ESP-EYE board from Espressif Systems. The ESP EYE as mentioned before is an AI development board based on […]