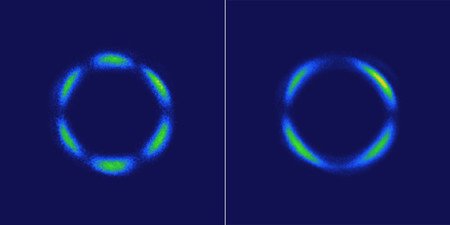 Strong electron interactions can drive metallic systems toward a variety of well-known symmetry-broken phases, but the instabilities of correlated metals with strong spin-orbit coupling have only recently begun to be explored.

A team of physicists at the Institute for Quantum Information and Matter at Caltech, had discovered an new state of matter that may have applications in ultra-fast quantum computers of the future. It is the first three-dimensional quantum liquid crystal.

“We have detected the existence of a fundamentally new state of matter that can be regarded as a quantum analog of a liquid crystal, There are numerous classes of such quantum liquid crystals that can, in principle, exist; therefore, our finding is likely the tip of an iceberg.” says Caltech assistant professor of physics David Hsieh, principal investigator on a new study describing the findings in the April 21 issue of Science.

Liquid crystals are materials that are between liquid and solid, they are consisted of molecules that flow around freely as if they were a liquid but are all oriented in the same direction, as in solid. An important feature of the liquid crystals that in addition to availability in the nature, they can be made artificially like those used in items that have display screens.

In 1999, the first quantum liquid crystal was discovered by Caltech’s Jim Eisenstein, the Frank J. Roshek Professor of Physics and Applied Physics. It was a two-dimensional which means that it was limited with a single plane inside the host material. In a quantum liquid crystal, electrons behave like the molecules in classical liquid crystals. They move around freely in a preferred direction of flow.

The behavior of the electrons in the newly discovered 3D-variant are possibly even stranger. The electrons do not only distinguish between x-, y- and z-axis, but they also have different magnetic characteristics depending along which axis they move back and forth.

According to the researchers, the 3D quantum liquid crystals could play a role in a field called spintronics, where the spin direction of electrons can be utilized to create more efficient computer chips. It may also help with some of the challenges of building a quantum computer, which seeks to take advantage of the quantum nature of particles to make even faster calculations.

“Rather than rely on serendipity to find topological superconductors, we may now have a route to rationally creating them using 3-D quantum liquid crystals” says Harter. “That is next on our agenda.”

You can read more about this research through the published paper and by reading Caltech’s post.