Supercapacitors, ultracapacitors, and electric double layer capacitors. No matter to which they are referred, this passive electronics component has some very desirable properties for the Internet of Things (IoT), smart wearables, and energy harvesting markets. Supercapacitors are ideal for providing efficient power pulses for transmitting data and rapidly collecting energy from intermittent sources, and to top it all off, allow for a near infinite cycle life, preventing the need to stress over battery management and replacement. However, traditional rigid, cylinder- and rectangular-shaped supercapacitors unnecessarily limit product design as they are restricted to use on a circuit board or are so large they need a dedicated storage space in which the component may reside. In IoT devices, they use about ~50% of the surface area (space) available on the printed circuit board (PCB).

A plethora of modern programmable chips, electronic components, and sensors are available in sizes comparable to as small as grain of sand to only as large as a dime. In relation, energy storage components, such as batteries and supercapacitors, are thousands of times larger and make up the bulk of design intent. This creates a “tail-wagging-the-dog” constraint. The active electronics should dictate the size of the PCB, not the passive energy storage devices and components. All too frequently the energy storage device prevents flexibility in the size and shape of the final product, inhibiting the opportunity for product miniaturization and/or product improvement.

Capacitech’s Cable-Based Capacitor (CBC) innovation, which may be found on their website, dramatically improves the form factor of supercapacitors offering a thin, flexible, and wire-like shape, allowing the CBC’s to be used in cabling infrastructure and mechanical arrangements where the traditional cylinder, rectangular, or even flat supercapacitors are unable to fit. It can be used to streamline product design and offer features that are not possible with a traditional supercapacitors. It seems simple, but implementing CBC technology in the wiring harness of a product or around a PCB rather than on the face of a PCB will free quite a bit of “real estate,” so to speak. 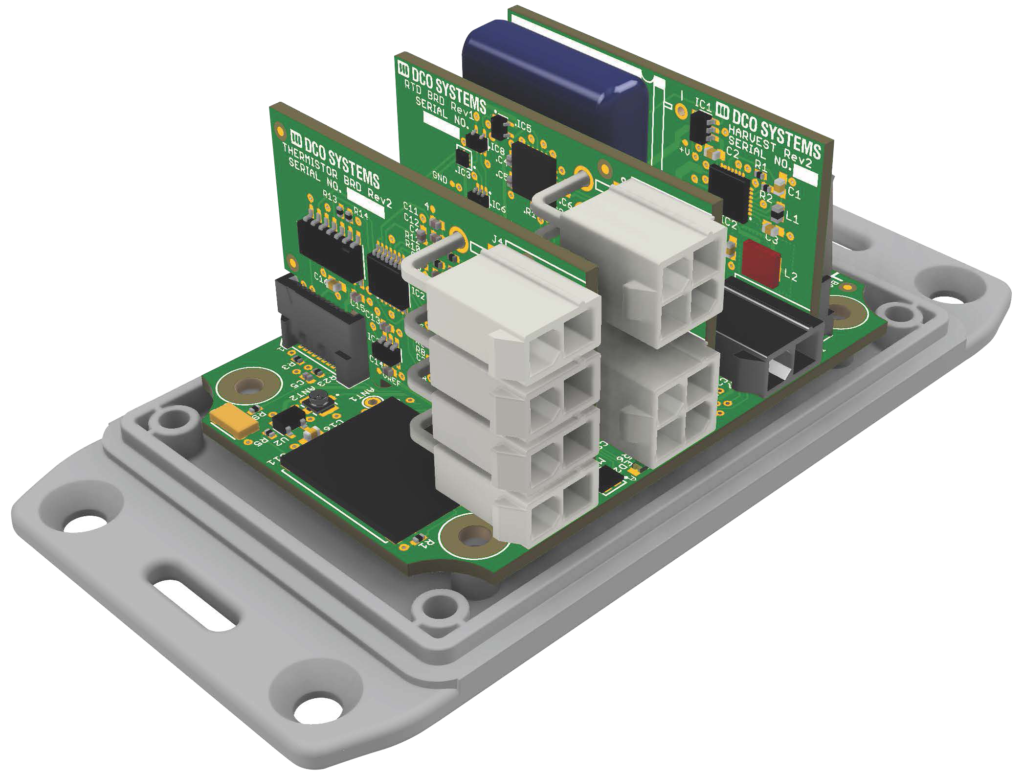 The power pulses are a supercapacitors strongest asset and may be used for more than just transmitting bits of data or conspicuously collecting data. These power pulses are also ideal in robotics for movement and adjustment. In particular, actuators at joints require these intermittent bursts of power. This information is all related and useful as discussed on Capacitech’s website in their most recent blog post. Exoskeletons are making a surprise, but necessary, appearance in many industries which require a notable amount of physical labor. These robotic fixtures may have the CBC technology implemented around, across, and within the wiring infrastructure of many of the actuator devices, minimizing the size of them around joints and inadvertently, decreasing weight, all due to the ability to flex with the exoskeleton as it moves. Not to mention the improved stability and strength applications allowing those utilizing this technology to comfortably lift more, improve endurance, and prevent injury by increasing safety. This wearable technology has the potential to be the future standard issue equipment for warehouse workmen, first responders, and even military members, and the CBC has the potential to improve this technology even further.

The exoskeleton may even double has not just a wearable device that may be improved by the CBC, but also an energy harvesting device in and of itself. The use of piezoelectric energy harvesting could be utilized through the bending and movement of the joints where the actuators are housed, such as what is used by Bionic Power. The friction and movement will allow for charging capabilities, and the near infinite cycle life of supercapacitors only further amplifies the destined combination of these components.

Let’s take a biofeedback shoe as another example. MIT made a great demonstration, and posted on their Technology Learning Office website, of how energy harvesting in footwear could be leveraged, but their design features a large supercapacitor hanging off the boot. Traditional supercapacitor shapes and form factors would destroy the streamlined look of a shoe. On the other hand, a thin and flexible supercapacitor like the CBC can be distributed throughout the shoe where it can remain discrete and is comfortable to the user.

The accelerometer, processor and Bluetooth modules are tiny enough that you could easily hide them in the tongue of the shoe. Companies, like BeBop Sensors, have even integrated pressure sensors into soft textiles that the user can stand on. Unfortunately, a hard and rigid supercapacitor, which could be charged by biomechanical (kinetic) energy from electroactive polymers harvested from the user’s motion, is hard to fit anywhere without creating discomfort for the user or an unsightly bulge.

These CBC’s are flexible enough that they can be integrated into the structural elements of a design, rather than be in intimate contact with the rest of the electronics on a circuit board. As a further example, a helmet that detects dangerous blows to the head can have the CBCs worked into the lining of the helmet. This would allow for more even weight distribution and a thinner, more streamlined shape than is possible with traditional supercapacitors. 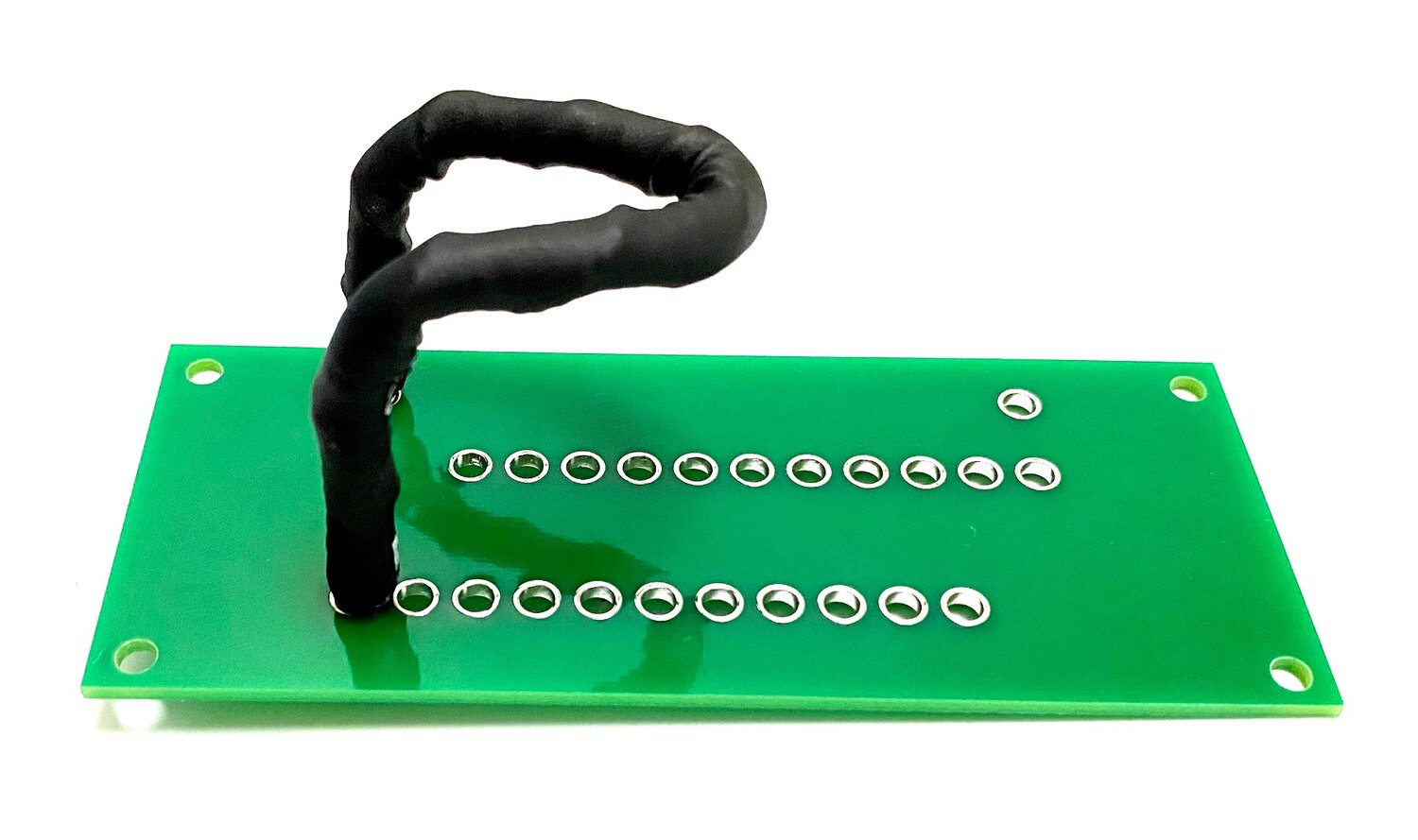 Other wearables, jewelry, or medical monitoring applications run into similar problems, as discussed by Capacitech here. The solution is a supercapacitor that is flexible and seamlessly integrated into alternative parts of the product or system where space is more abundant than on the circuit board. Not to mention, these applications may also invite the use of small, photovoltaic (solar) devices to be used to harvest energy for these supercapacitors, creating a dynamic duo of electronic components.

With the development of smart technology and improved monitoring systems, more and more distinct issues continue to arise. Reliable power sources may be unavailable or in difficult-to-reach places such as underground rail systems or attached to the highest rafters or near dangerous equipment in a manufacturing warehouse. As discussed in yet another blog post by Capacitech Energy here, batteries often do not last the life of sensors or other equipment and need regular maintenance. A technology being continuously developed to combat the issues of battery management and replacement is through photovoltaic and piezoelectric energy harvesting sources, as mentioned above.

The goal is to complement or remove batteries due to their short service life, which means an energy storage element is necessary to ensure proper application. The CBC is capable of long service life as a supercapacitor with flexible physical properties and can provide the peak-power needed to collect and/or transmit data.

When designing any product, consider what can be accomplished with flexible supercapacitors and the space they save on circuit boards. In using a supercapacitors that takes less surface area on PCBs, or offsetting supercapacitors from the PCB to the infrastructure of the system, design engineers can make their products smaller, offer new features, and increase performance to help set themselves apart from the competition. The CBC is optimized to use less surface area on PCBs than other supercapacitors. It can also be used off the circuit board entirely and inside another piece of infrastructure, such as a wiring harness or between cracks of foam in a protective helmet, among other places.

The CBC is available at Mouser Electronics.