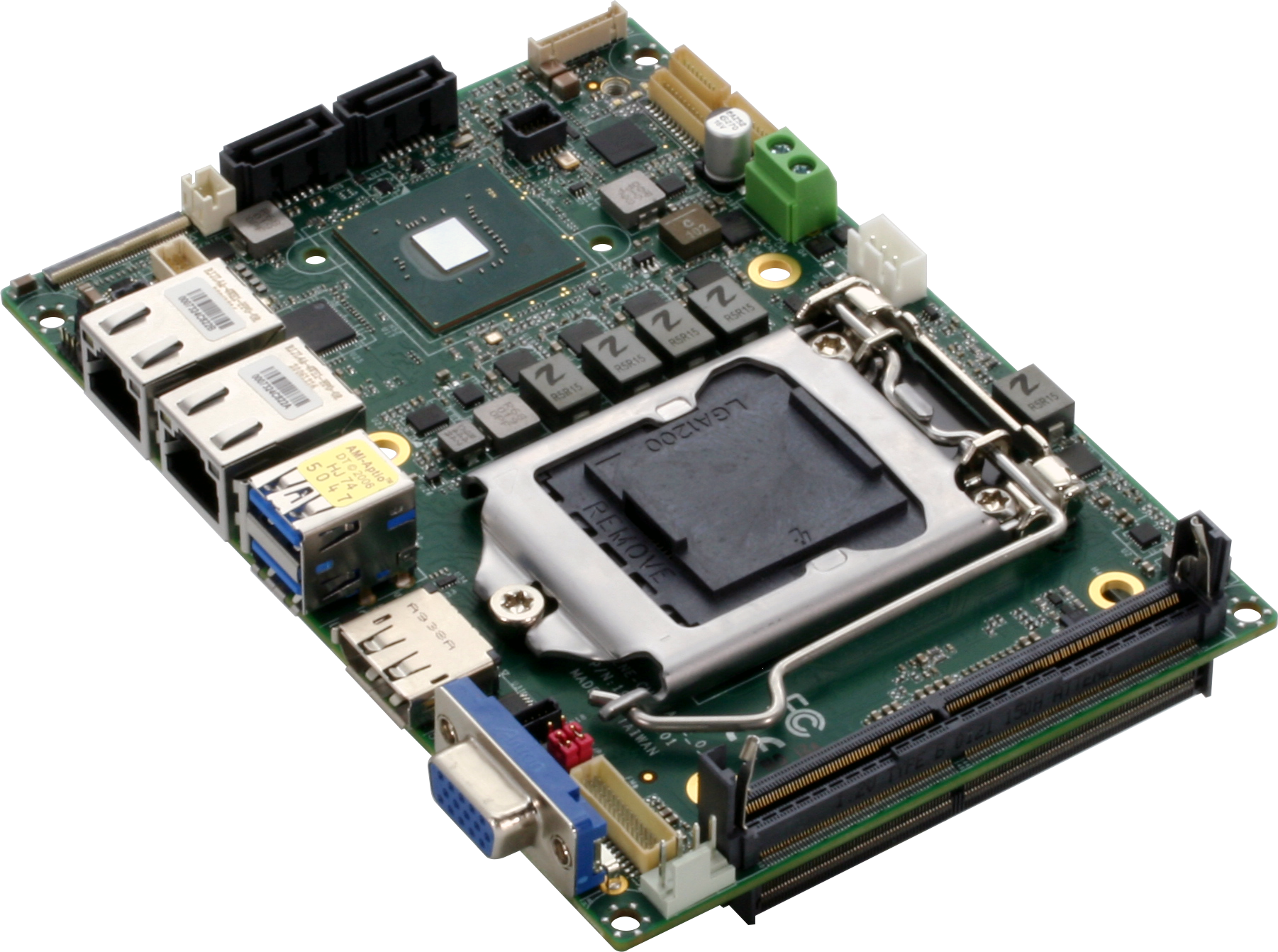 The GENE-CML5 offers both flexibility and expandability to integrate into existing projects and bring the power of AI Edge Computing to any application. The board features a broad I/O layout including two USB3.2 Gen 2 ports, four USB2.0 ports, and dual Gigabit LAN ports. Display options include DP++, VGA and LVDS connectors.

The GENE-CML5 offers developers and users desktop performance in a compact form factor, perfect for deploying AI Edge applications where they’re needed. With industry-leading manufacturing support and OEM/ODM services from AAEON, developers can customize their boards including I/O layouts to suit their needs.