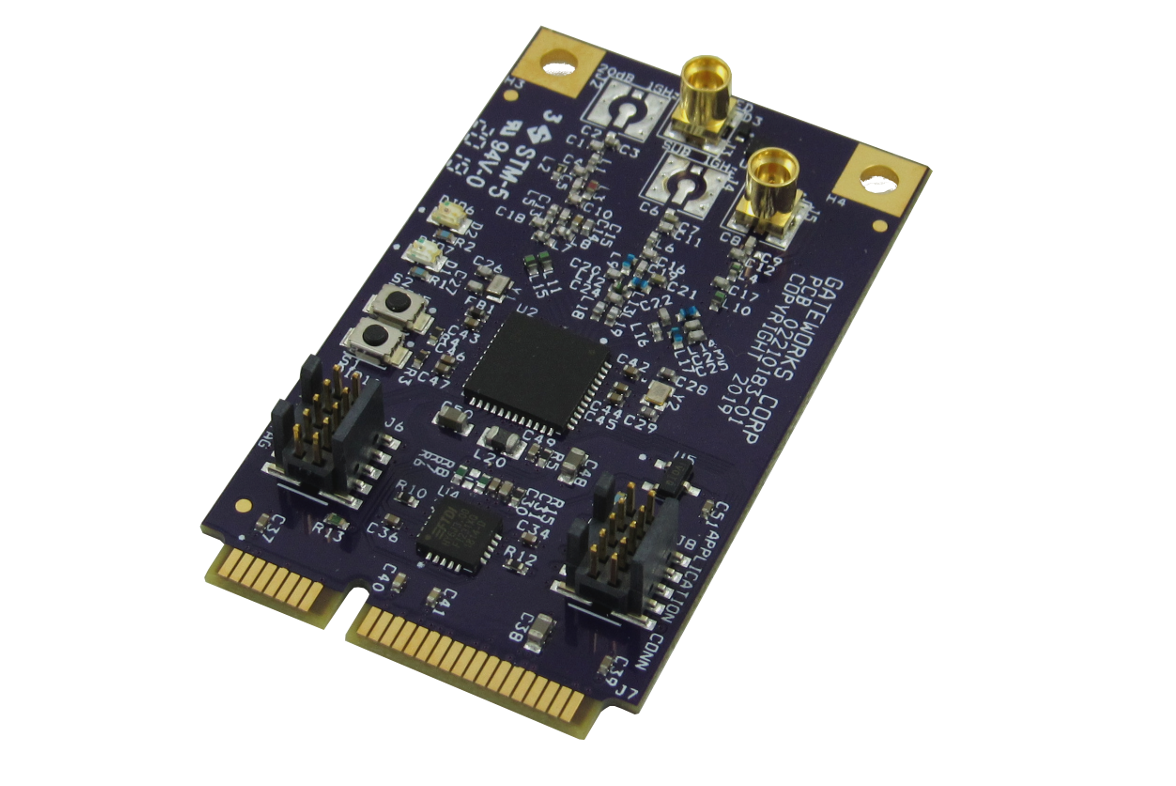 The Internet of Things (IoT) is rapidly being adopted by nearly every industry in the world to allow control and monitoring of almost anything! Gateworks has released the second generation of the GW16122 IoT Radio for rugged and industrial applications. This next-generation card features greatly improved output power through a 20dBm power amplifier, more storage space and a simplified design. Software from TI includes a TI 802.15.4 Stack, 6LoWPAN, Wi-SUN and KNX RF support. The GW16122 additionally features a 2.4 GHz RF output for Bluetooth 5 LE, Thread and Zigbee.  This Mini-PCIe radio card provides low-power and long-range radio communications.

When compared to many other IoT technologies such as SigFox and Lora, this technology requires no monthly fees or consortium memberships. All the software is Open Source and the entire network is completely private with zero dependencies on the coverage of third party networks. The latest GW16122 will enable Gateworks SBCs to serve as an IoT Gateway for all embedded rugged and industrial applications!

More information may be found on Gateworks’ GW16122 product page.