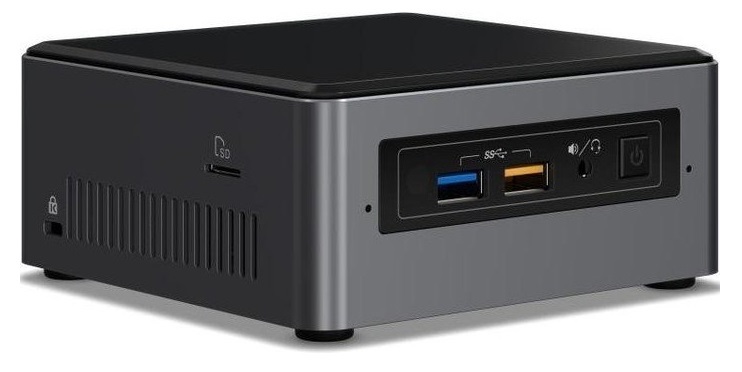 Despite struggles and delays with its 10nm processor, Intel has finally released five NUCs (Next Unit of Computing) mini-PC kits that comes with 14nm, 8th Generation Coffee Lake CPU. It also released two NUCs that comes with its 10nm Cannon Lake chips and comes configured with Windows 10 with shipments to begin in October or November. The coffee lake NUC supports any Intel-ready OS including Linux and Windows and they come in barebones kits with RAM and Storage. The windows 10 Home powered crimson Canyon lake NUCs are among the first products that comes with a dual-core, 15W TDP core i3-8121U coffee lake CPU aside from a new version of a Lenovo IdeaPad 330 laptop.

The five new Coffee lake powered Bean Canyon NUCs comes with H-, M- and T- series Intel core chips and share many of the features as the Baby Canyon NUCs released earlier in April. They also have CPUs with 28W TDPs and supports up to 32GB dual channel DDR4-2400 RAM. They feature Intel’s fastest graphic chip- compared to the desktop models- known as the Iris Plus 655 graphics with 128MB eDRAM. The increased eDRAM stands out from previous parts that just supports 64MB eDRAM cache which delivers better graphic performance and can be used as general cache. The various options available for the five NUCs are:

The Bean canyon NUCs comes with an HDMI 2.0a host port with resolution up to 4096 x 2304 and 7.1 surround sound audio. There’s also a Thunderbolt 3 port which supports USB 3.1 Gen 2 (with speed up to 10Gbps) and can be used as a DisplayPort 1.2 connection. It also includes four USB 3.1 host ports (one of the ports supports charging) and two USB 2.0 headers.

The Crimson Canyon NUCs with Cannon lake chips no doubt gives us a glimpse of future Intel 10nm generation of chips. These game oriented NUCs comes in two models- Crimson Canyon NUC8i3CYSM (has 8GB of LPDDR4-2400) and NUC8i3CYSN (has 4GB of LPDDR4-2400) and it is built with windows 10 Home and like another windows PC, it can be swapped with Linux. 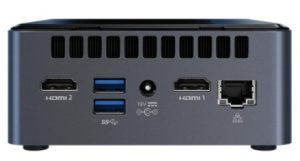 Both Crimson Canyon Models are very similar to the Bean Canyon NUCs with the only evident difference is the addition of a second HDMI 2.0 port instead of a USB Type-C DisplayPort.

These intel NUCs are good options for casual users and the high graphics performance can allow to stream and play eSports games and users should be ready to spend extra cash on storage and memory as these NUCs are just Barebone kits.

Meanwhile they are reports have leaked about a new 14nm 9th Gen core chip family which Intelis expected to release in October.