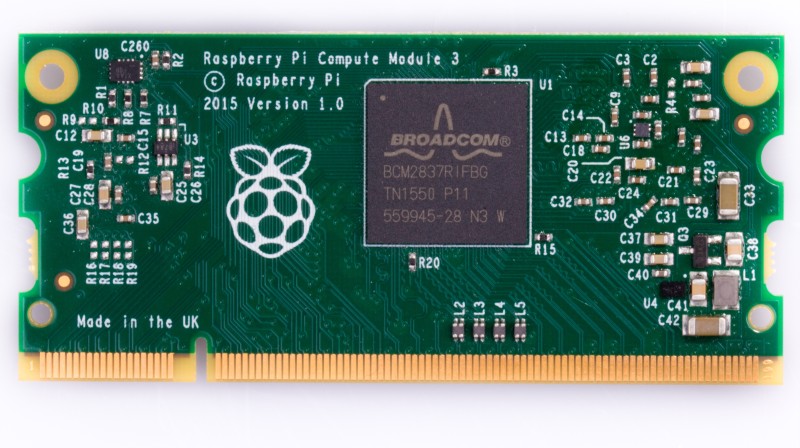 In fact, this module is based on the Raspberry Pi 3 hardware, providing twice the RAM and roughly 10x the CPU performance of the original Module, launched in 2014. Even though CM3 is replacing the original Compute Module, but CM1 is still compatible with the new Compute Module IO Board V3, and remains available for sale.

CM3 takes care of the complexity of routing out the pins, the high speed RAM interface and core power supply. Also, it allows a simple carrier board to provide what is necessary for external interfaces and form factor. The module uses a standard DDR2 SODIMM form factor, sockets by several manufacturers, are easily available, and are inexpensive.

As a vision for Canonical, The CM3 with Ubuntu Core allows developers to create new IoT products and devices. As well as offering a potentially smaller and more efficient replacement for some devices that contain larger Raspberry Pi boards.

Finally, more comprehensive information on the Compute Modules is available in the this hardware documentation, and includes a datasheet and schematics. In addition, you can check this step-by-step tutorial to install Core OS on your Compute Module 3 by Ubuntu Developer.