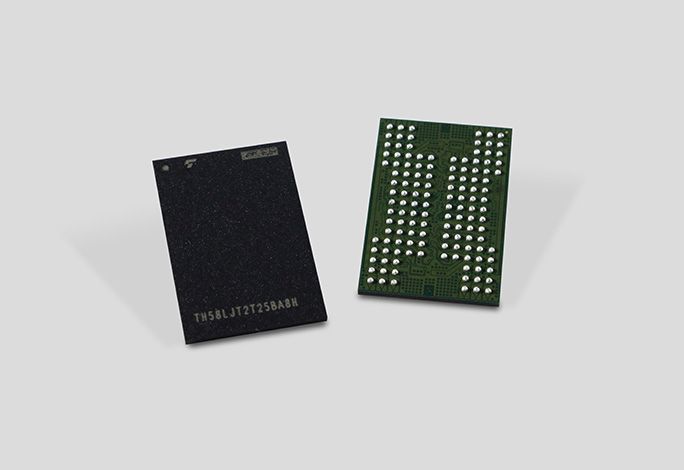 KIOXIA Europe GmbH, the world leader in memory solutions, today announced that it has successfully developed its fifth-generation BiCS FLASH three-dimensional (3D) flash memory with a 112-layer vertically stacked structure. KIOXIA plans to start shipping samples of the new device, which has a 512 gigabit (64 gigabytes) capacity with 3-bit-per-cell (triple-level cell, TLC) technology, for specific applications in the first quarter of the calendar year 2020[1].

Since announcing the world’s first[2] prototype 3D flash memory technology in 2007, KIOXIA has continued to advance the development of 3D flash memory and is actively promoting BiCS FLASH to meet the demand for larger capacities with smaller die sizes.

Fifth-generation BiCS FLASH was developed jointly with technology and manufacturing partner Western Digital Corporation. It will be manufactured at KIOXIA’s Yokkaichi Plant and the newly built Kitakami Plant.

[1] Not all features have been tested and device characteristics may change in the future.
[2] Source: KIOXIA Corporation, as of June 12, 2007.