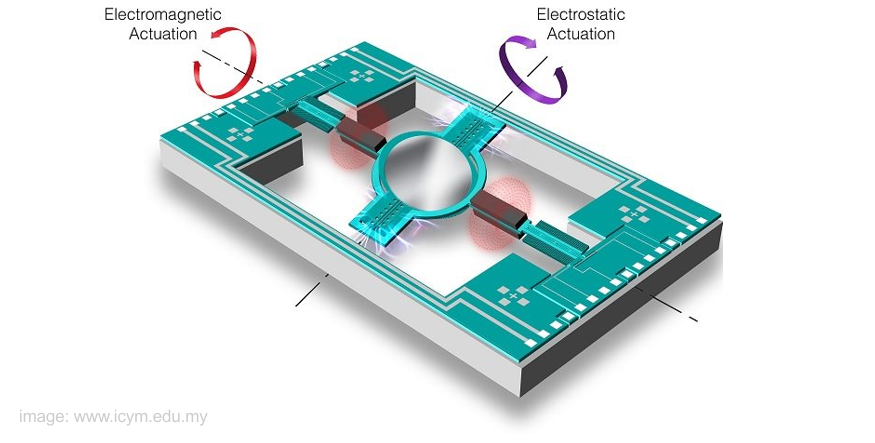 Thanks to Micro-Electro-Mechanical-Systems MEMS technology, which will be a 22-billion-dollar-worth industry by 2018, our mobile phones are equipped with accelerometers and gyroscopes so they know the direction and rotate our mobile screen as needed. The applications of MEMS had expanded a lot in various fields like: energy harvesting using piezoelectric effect, microphones, gyroscopes, pressure sensors, accelerometers and many more. Moreover, this micro-level technology is going to be nano-level with Nano-Electro-Mechanical-Systems NEMS.

The basic idea behind MEMS is about having moving parts inside the silicon chip. Accelerometers for example, one of the most famous applications of MEMS, sense the acceleration by measuring the change of the capacitance C1, C2 between a moving part/mass and fixed plates. So when acceleration is applied in a particular direction it can be detected and measured.

The amazing “How a smartphone knows up from down” video presented by Bill Hammack (engineerguy) can demonstrate in a clear way the principle of MEMS.

Last but not least, MEMS has applications in medical and health related technologies like Lab-On-Chip. LOCs can integrate a laboratory function in a single chip. So MEMS may not only solve technical problems, but they may also play an important role in solving problems in human health field.