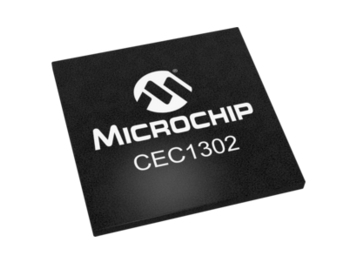 Besides its ARM core the CEC1302 incorporates 128 KB of SRAM and 32 KB of boot ROM. Contrary to popular design, the device does not have flash program memory, instead it has two SPI memory interfaces to connect to external program memory.