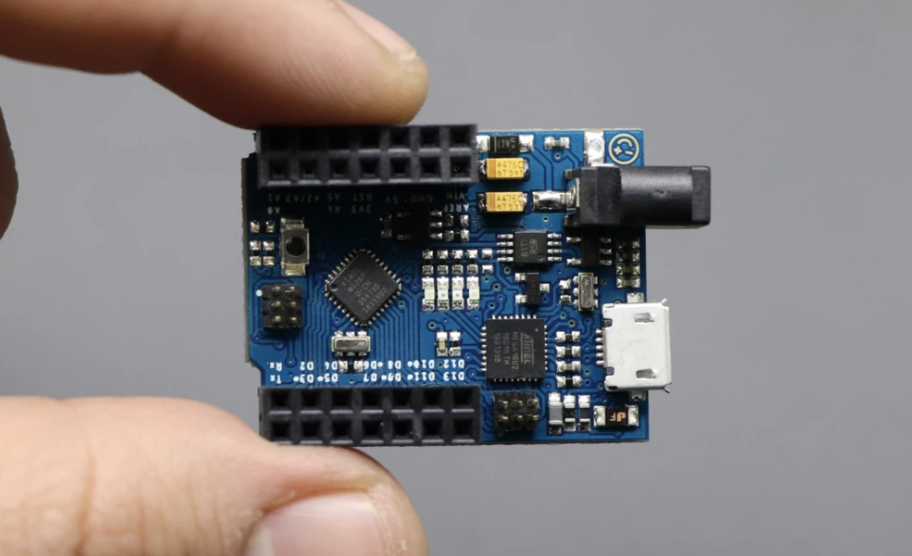 The Arduino Uno is unarguably one of the greatest development boards ever made and its impact as one of the boards that rekindled the fire of the electronics maker movement cannot be disputed. It came with enough power for users to build amazing projects, but it also was extremely easy to use making it a superb platform for learning electronics. However, there was one “shortcoming” users couldn’t ignore; the size of the Uno. While this was not a problem for professionals and semi-professionals who could easily migrate their project to an ATmega328p chip after prototyping with the Uno, it was a problem for beginners who would like to use the entire board in their project.  Several projects have made attempts at modifying the size, from projects like “barebone Arduino” to several “Arduino on Breadboard” projects but none of this projects has however been able to put together all the features of the Uno on a small form factor like Mellbell recently did with the minUno development Board.

The miniUno is an exact replica of the Arduino Uno only that it is a quarter the size of the Uno, measuring only 1.35″ x 1.05″ compared to the 2.7″ x 2.1″ dimensions of the Arduino Uno. True to Mellbell’s claims about the board retaining the strength of the Arduino Uno, the miniUno is based on the Atmega328p (same microcontroller on the Arduino Uno), sports 14 digital I/O pins (6 of which can be used as PWM outputs), 6 analog input, a micro USB port, a power jack, and ready to go plug and play compatibility with the Arduino IDE.

The board was a follow up development to the Pico (“smallest Arduino Board”) which was launched by Mellbell a while back and retains the Popular MicroUSB ports (definitely one of the contributors to the reduced sized) which in conjunction with the pre-flashed bootloader on the board, allows seamless connection to the Arduino IDE, straight out of the box.

Some of the highlight features of the miniUno are listed below:

Standard pin headers were used on the miniUno making it easy to use with breadboards. The board’s performance has been likened to that of the Arduino Uno with the only thing missing being the huge size of the Uno

The MiniUno is currently available for sale on Mellbell’s website for $21 with a discount of up to $4 when you buy 20 of the boards. More information about the boards is available on the product page.