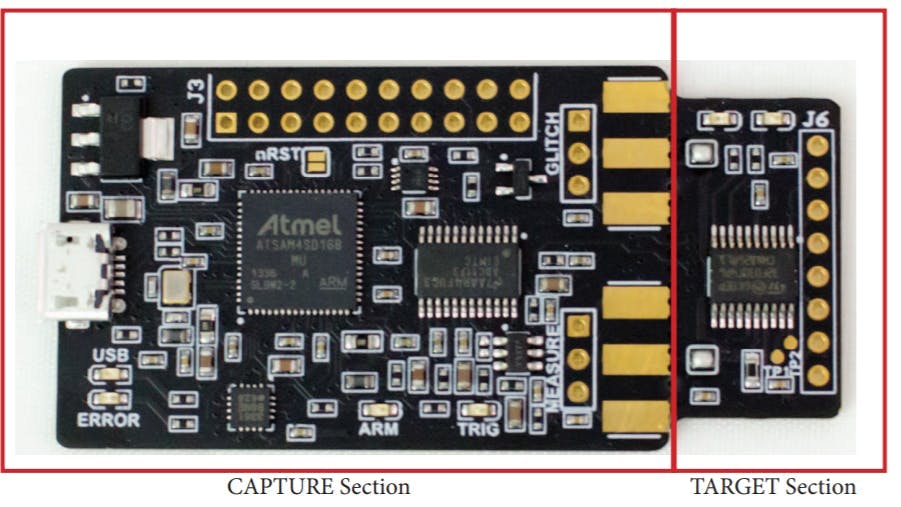 If you have ever considered the option of using encryption in your design, then you should be able to perform a side-channel attack as well as understand the consequences of such an attack on your product. While oscilloscopes and differential probes can be helpful in traditional power analysis attacks especially at the initial stage, these tools can be a bit of overkill for most analyses and also very expensive.

The ChipWhisperer series aims at nothing short of causing a fundamental change in the entire embedded security industry. A combination of documentation, training, open-source software and hardware makes it easy to master hardware security problems.

The new ChipWhisperer-Nano from NewAE technology is a small form factor tool that contains a capture device as well as an STM32- based target both for side-channel attacks and for learning. Designed primarily for power analysis demonstrations and training programs, this latest release in the ChipWhisperer series is an ultra-low-cost platform for voltage fault injection and side-channel analysis.

Some of the features of the Chip Whisperer Nano include:

The ChipWhisperer NANO’s capture hardware has a dedicated 8-bit ADC chip interfaced with a microcontroller which helps to sample the power rail and provide information back to the software. It then provides frequency and timing analysis of the power signal while the target runs its algorithms.

The nature of the ChipWhisperer, being open source also makes it possible to engage the research community at large and at the same time, provides low-cost reference hardware. The Jupyter-based documentation provides examples like analysis for password bypass and AES attacks using different techniques.

To download the open-source software and various hardware options including the PDF schematic of the CWNANO, you can visit the ChipWhisperer GitHub repo or check ChipWhisperer-Nano website for information specific to the product.