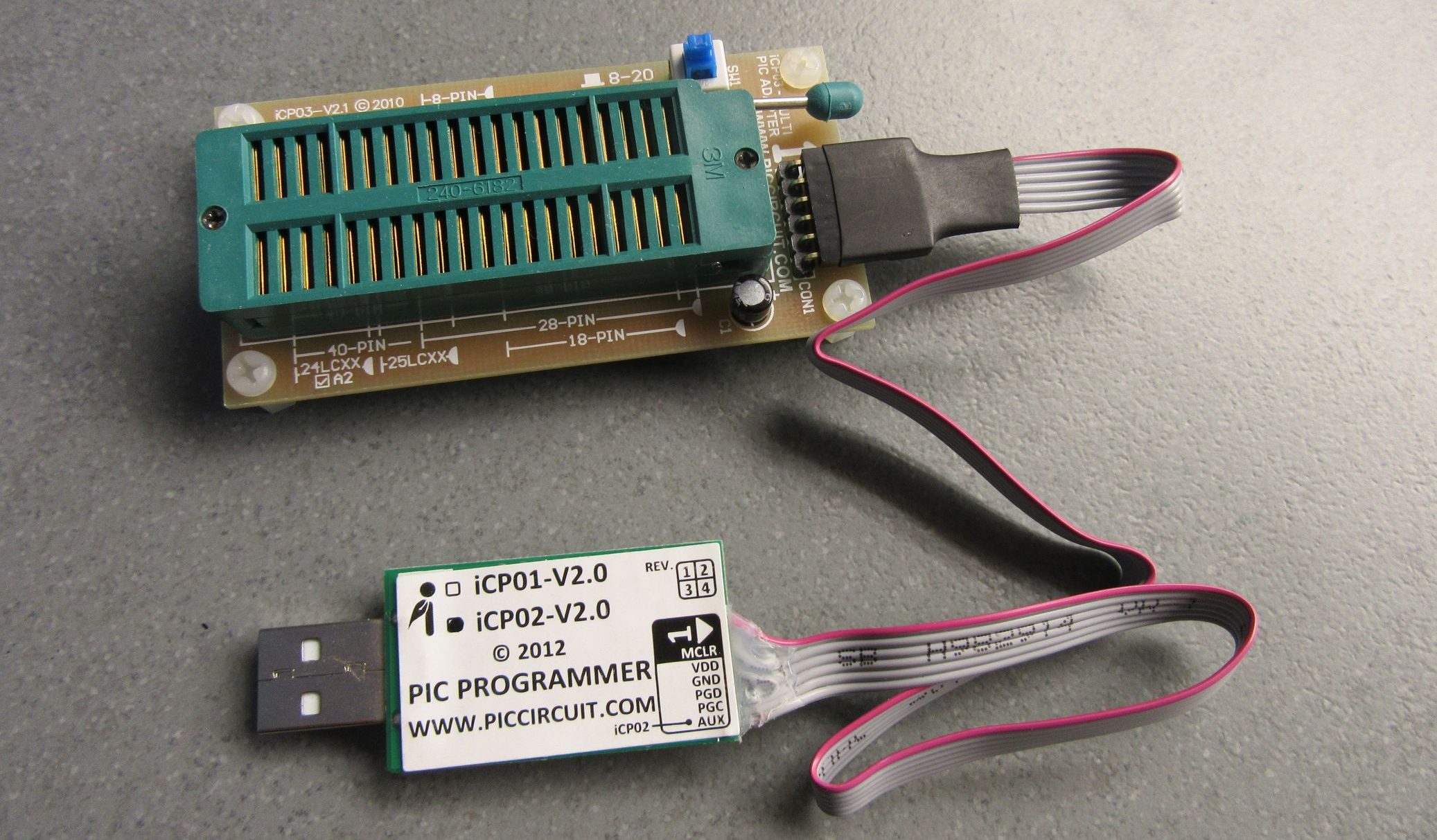 Ever since the first microcontroller was released in 1980 by Intel – the Harvard Architecture 8051 mcu – microcontrollers have revolutionized the electronics industry and has spurred an array of low-cost microcontrollers like PIC, AVR, ARM, and others. The AVR has been the one that found love within the maker’s ecosystem, thanks to the introduction of Arduino, and over the years, there has been a heated debate between AVRs and PIC – which one is better? Well, I think both compliments themselves, although I have always preferred AVR chips though.

Recently, on my quest for some randomness, I stumbled upon a set of Microchip PIC microcontrollers tools from iCircuit Technologies which seems to enhance the already known development tools for working with PIC microcontrollers. When programming PIC controllers, traditional development tools like PICKit 2, PICKit 3, MPLAB IDE have been the de-facto standard, and tools offered by iCircuit seems to bring some new interesting perspective to your normal PIC development cycle.

Similar to the PicKit 2, the iCP02 is a USB Microchip PIC Programmer for programming your chips. It’s ICSP (In-Circuit Serial Programming) based, and requires five connections between the programmer and the adapter or microcontroller.

The toolset consists of a programmer plus an adapter and it offers a level of performance and scalability for PIC programmer solution. It supports all major operating systems: Windows XP, Windows Vista, Windows 7, Windows 8, Windows 10, Linux and Mac OS X and it allows users to program their hex code into the well-known Flash PIC MCUs and EEPROMs by using a simple  USB connection.

The device is available for purchase for $20.90 on piccircuit.com. More information about the Programmer is available on the product page.

A PIC programming adapter is one of the first arsenals of tools you need in programming your chip which doesn’t work alone, but will require connecting to a suitable programmer like iCP02. The iCP03 – Programming adapter is a multi PIC adapter which can support a variety of PIC chips. It offers off-board programming with a wide range of supported PIC microcontrollers which are available 8 to 40 pin DIP packages.

The adapter provides support for the PIC10F, PIC12F, PIC16F, and PIC18F (J-series and, K-series) family by using single ZIF socket. The iCP03 – Multi PIC Adapter is available for purchase for $12.90 on piccircuit.com.

The programming software comes in 3 variants: GUI Software (Only), Command Line (Only), and GUI Plus Command Line. The PICKit2 Plus is a replacement programming tool for the existing Microchip PICKit2 software. Unlike the original software, the Plus supports the latest Microchip PICs, dsPIC, PIC24, PIC32, MCP, EEPROM, KEELOQ family with a new programming protocol, improved Windows support, HEF/SAF memory feature, and improved usability.

The software supports a vast set of controllers for over 900+ flash PIC MCUs and you can also manage SAF and HEF memory.

The above mentioned software and hardware tools by iCircuit Technologies provide a complete toolset for engineers and makers working with PIC microcontrollers. More information about the PIC tools is available on the product listing page.