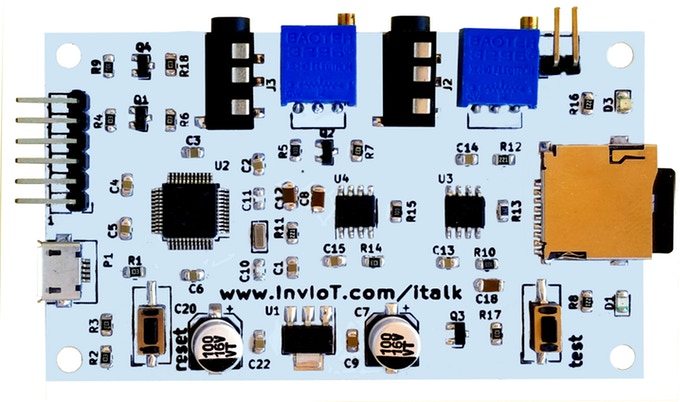 Add speech to your projects. Raspberry & Arduino compatible. Use ‘serial port’ to send speech text in any language. .WAV Player.

Make it simple to add speech  to any of your projects. It  only takes 3 wires to connect it with an Arduino or  a Raspberry. By coping a .WAV file on the SD, you can play music, a prerecorded sentence or combine it with word synthesis.

The TextToSpeech board synthesizes audio output from text via a Microchip SAMD21G18 MCU paired with an Arduino Zero bootloader. You can also play back .WAV files with music and pre-recorded speech and output them via the board’s 3W speaker amp. 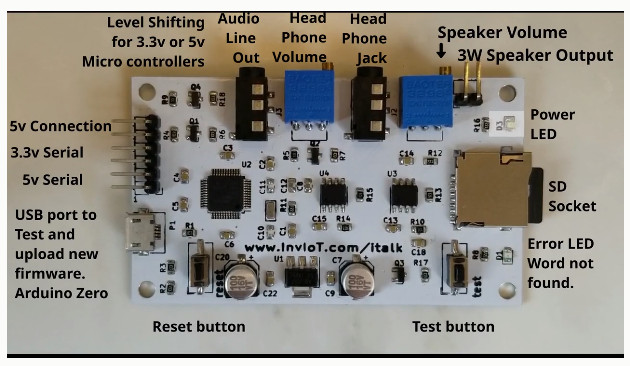 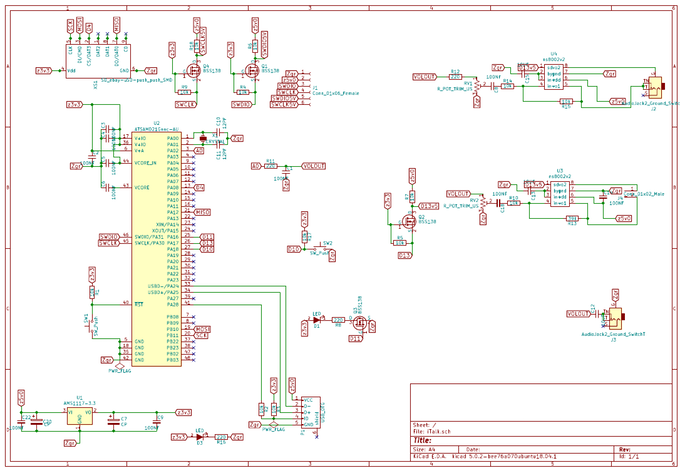 A low-pass RC filter is used to cut any high frequency noise.

The word synthesis is done with an SAMD21G18 micro controller, running with an Arduino Zero bootloader.

You must always power the board with 5v. Text is sent to the board thru USB Serial communication or by UART connection. There is a level shifter so a 5v (Arduino UNO, etc) or a 3.3v (Arduino Zero, Raspberry Pi, etc.)  micro controller can be used.  Both can work simultaneously.

The default serial speed is 9600, but the speed can be changed by editing the file ‘setup.txt’ found in the SD card. In this file you can also change the bit rate (default 22050), the bit resolution (default 8 bits), and the speed of the text (default  100).

An error LED is turned on when a word is not found in the SD card. Also there is a test button, so you can hear that the board is working 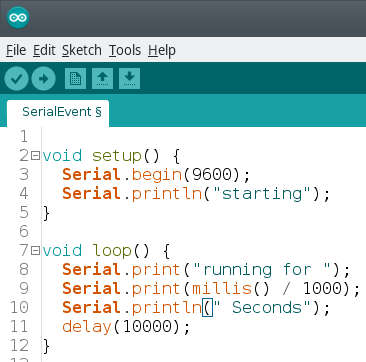 The Text-To-Speech board has an SD card where all the words pronunciation are stored.

When a text is sent to the Text-To-Speech board, the word synthesis begins, it quickly finds the words pronunciation in the SD card from your picked language/voice folder and word synthesis for the sentence begins.

No need to install any library. Power it up with 5v, connect it by using only  one pin (Tx pin) to an Arduino compatible (3.3v or 5v) or a Raspberry Pi and just send your text thru your serial port.

So far they created 4 packages:

The TextToSpeech board is available on Kickstarter through June 27 starting at $24 or $36 (with SD card), with shipments due in September. More information may be found on InvIoT’s TextToSpeech Kickstarter page.