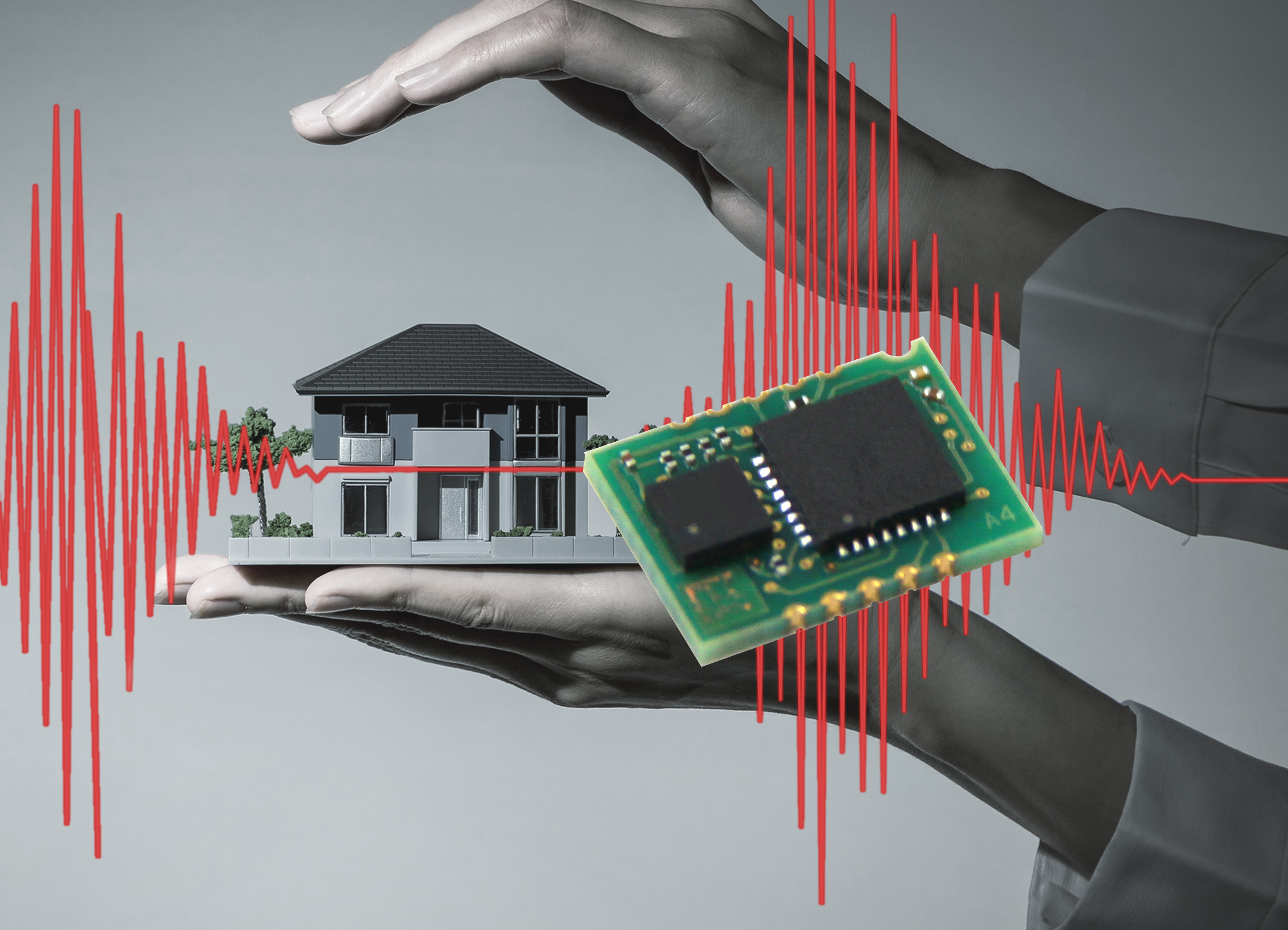 Functions for accurately detecting vibration when an earthquake occurs and for stopping operation of equipment have garnered increased interest to prevent secondary disasters caused by fires and other factors in the aftermath of an earthquake. Similar functions to quickly detect damage conditions and assist with early recovery are also demanded in various infrastructures such as buildings and roads. However, mechanical earthquake detectors can only detect the presence/absence of vibration, and cannot distinguish whether the vibration is due to an actual earthquake or to other external factors, which often results in false positives.

In response, ROHM developed an ultra-compact (11.8 x 8.6 x 2.5 mm) BP3901 that integrates an original earthquake detection algorithm and offers high accuracy. In addition, a false detection prevention function is built in and it is capable of accurately distinguishing between vibration due to earthquakes or other external factors. It also has an angle correction function (±15° allowable mounting angle) that can correct for unintentional tilt of the module, further improving detection accuracy.

ROHM will continue to develop algorithms optimized for different vibration detection and expand its sensor module lineup. We will also offer total solutions for customer applications that contribute to greater safety and convenience by leveraging wireless technologies, such as Wi-SUN that is optimized for smart meter networks.

The module is designed to stay in standby mode until a seismic event is detected. Since the device needs to be in standby state for long periods to prolong application operation, it is important to reduce current consumption during standby as much as possible. The BP3901 achieves low standby current consumption (3.5uA) by optimizing arithmetic processing. For example, installing this module in a fan heater exposed to an average of 10 seismic events a month (duration: 180s/time) enables operation for up to 5 years or more on just 2 alkaline AA batteries (in series).

The BP3901 saves calculated seismic data in non-volatile memory when the vibration exceeds a certain level. The last 16 seismic events can be stored in order of earthquake magnitude. Analyzing earthquake data collected at various locations will make it possible to predict future earthquakes. In addition, by enabling comparison of past earthquake data with damage conditions and equipment deterioration it is also expected to see use in earthquake recovery work and maintenance prioritization.

SI Value:
Spectrum Intensity value is a subjective measurement of the effects of an earthquake on humans, objects of nature, and man-made structures.

Ga Value:
A unit that represents the amount of earthquake shaking, which is the force that affects people and buildings.