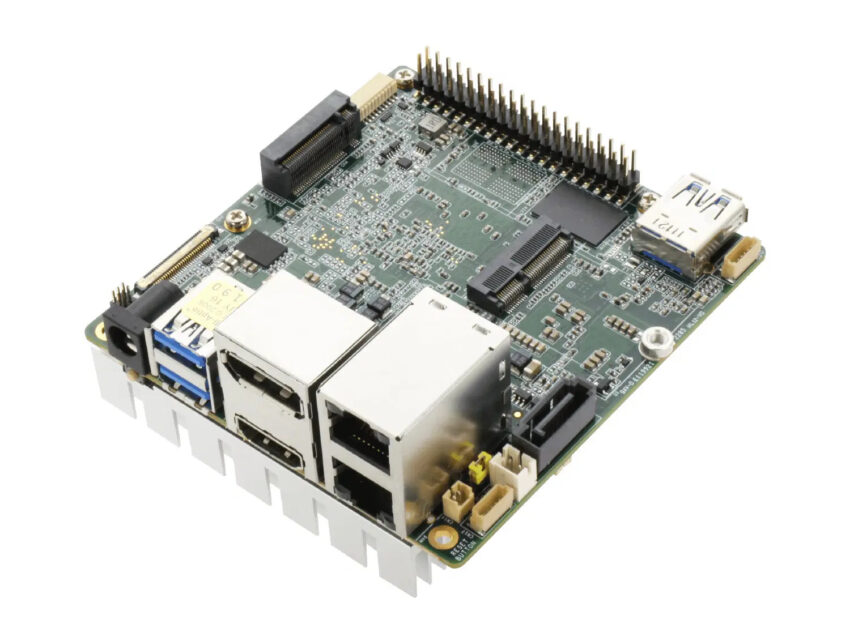 UP Squared V2 – Next generation of UP Squared

UP Squared V2 is the successor to our UP Squared series. Based on the latest Intel® Pentium®, and Intel® Celeron® N and J Series processors (formerly Elkhart Lake), UP Squared V2 offers up to 1.7x better compute performance and twice the performance for 3D graphics with Intel® UHD Graphics for 10th Gen Intel® Processors.

It has been upgraded to 12V standard industrial power input, increased memory options and audio wafer for easily expand the audio mic-in and line out feature. UP Squared V2 offers high performance with low power consumption in a form factor that can fit anywhere.

Expand your UP Squared V2 further with the 40 GPIO having the same connector and pin definition of UP series boards, giving developers freedom to build up their shield. It also designed with M.2 slots to unlock WiFi/ Bluetooth/ AI/ Storage expansion capability. With TPM v2.0 on board, UP Squared V2 has added hardware-based, security-related functions as well.