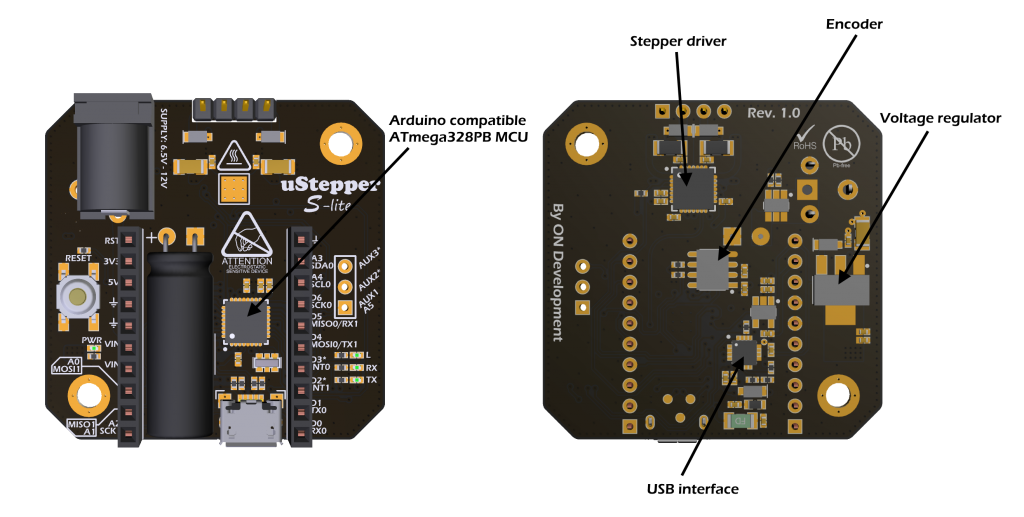 In short, uStepper is a product, improving performance of a motor type called “stepper motors”. Stepper motors are used in a wide range of applications where you have to move something, a certain distance, precisely! For example, they are used in your inkjet printer for moving the ink cartridge back and forth over the paper. Stepper motors are precise and really cheap compared to the alternative, Servo motors.

There are one drawback of the steppers though – you actually can’t tell if they move to the position you tell it. If you try to block the path of the ink-jet head, while your printer is printing, it will not recover from this. The printer is rather dependent on the stepper operating with high precision so that you get something readable on your paper!

The same happens in most of the applications using stepper motors, including 3D printers where the type of steppers, which uStepper is designed for, are primarily used. What uStepper does, is that it removes this drawback by continuously monitoring where it is, and where it should be. Thus, uStepper can compensate if anything goes wrong – this is what we call operating with feedback. 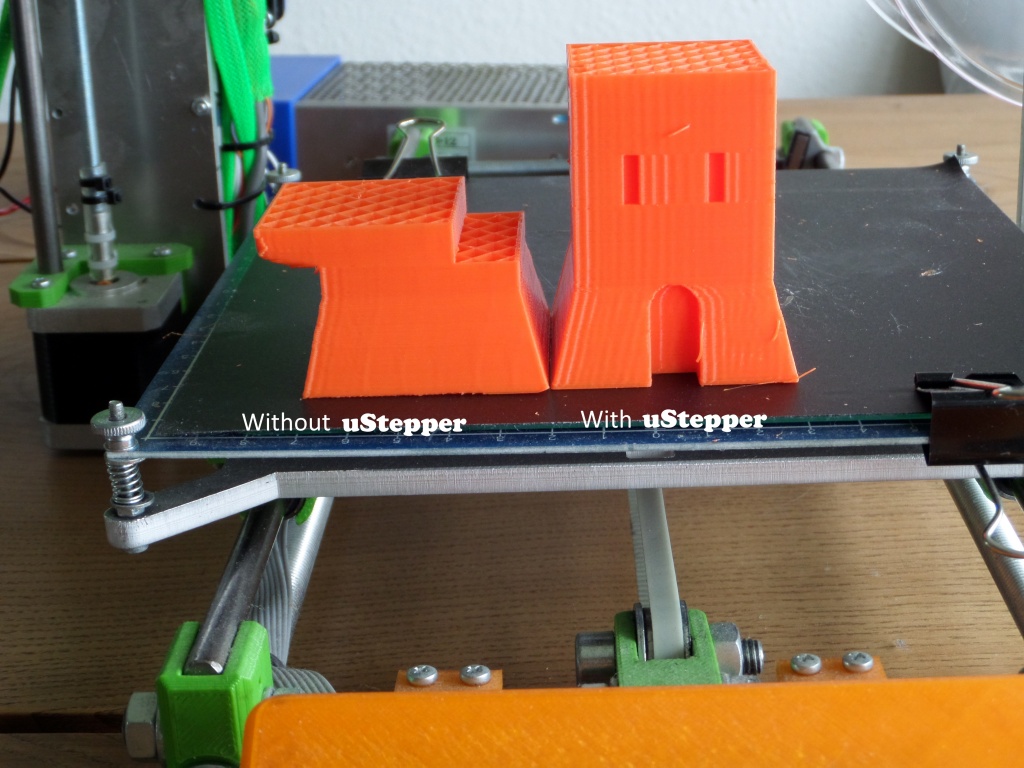 uStepper both has the ability to drive the stepper motor, monitor position and has an onboard programmable microcontroller with a wide range of available inputs and outputs. All this is packed into a very small printed circuit board that fits right on the back of those small stepper motors (which are referred to as NEMA 17).

To make uStepper accessible for both professionals, hobbyists and students, it is compatible with the Arduino IDE. Here you can easily program your uStepper to do exactly what you need it to do!

Who is the target audience for uStepper?

As mentioned previously uStepper is Arduino based and addresses both students, hobbyists and the technician/engineer making for example a test-setups. We focus a lot on the educational sector and have made a product which we believe makes learning with Arduino a lot more fun! Besides the uStepper board, we have made an application example – the uStepper Robot Arm, which gives uStepper a new dimension and addresses the more advanced users. We have sold the uStepper and the uStepper Robot Arm to several Universities around the world, including Aalborg university where we still have a close bond to the professors and employees. 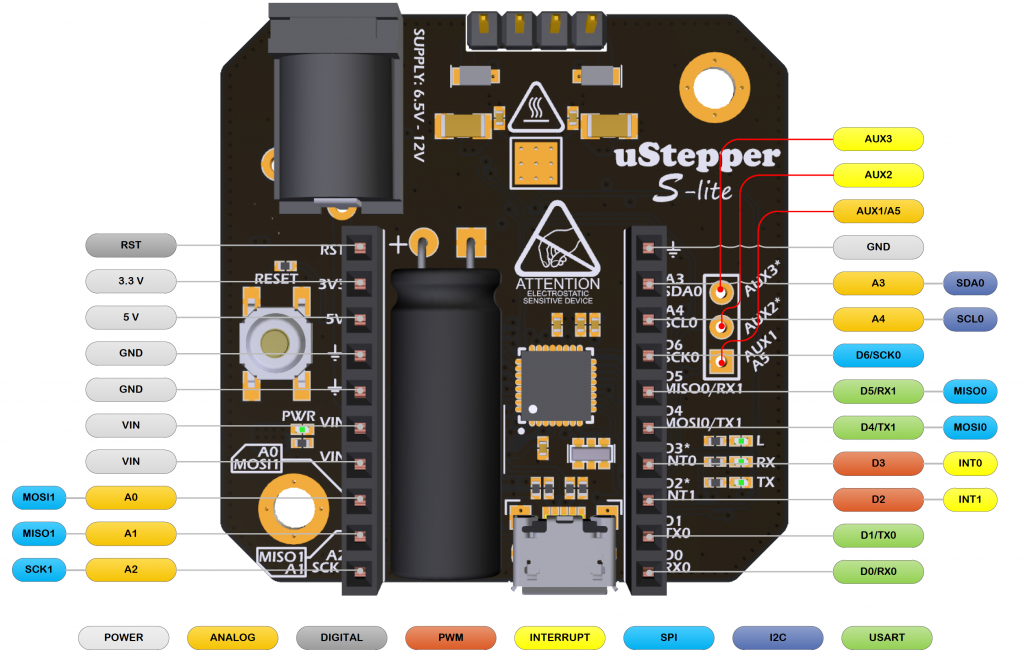 We started the company behind uStepper, ON Development, back in August 2015 and have since then sold around 2500 uStepper boards. During that time, we have continuously developed the code and applications for the product, and recently expanded our team by hiring an electronics engineering student from Aalborg University. Since 2015 a lot has happened on the market for electronic components, and we have therefore decided to launch a new line of uStepper boards which we will finance by the use of crowdfunding. The line of products will of course offer a uStepper board with improved performance on all parameters, a cheaper “lite” version and potentially a large and powerful version if we reach stretch goals in our campaign. The exact details of the new product line specifications will be disclosed at campaign launch !

We will launch the campaign on 15th of August 2018 – precisely 3 years after we founded ON Development IVS. We (both founders) graduated at Aalborg University one year ago and have alongside uStepper full time jobs as developers within hardware and embedded software. 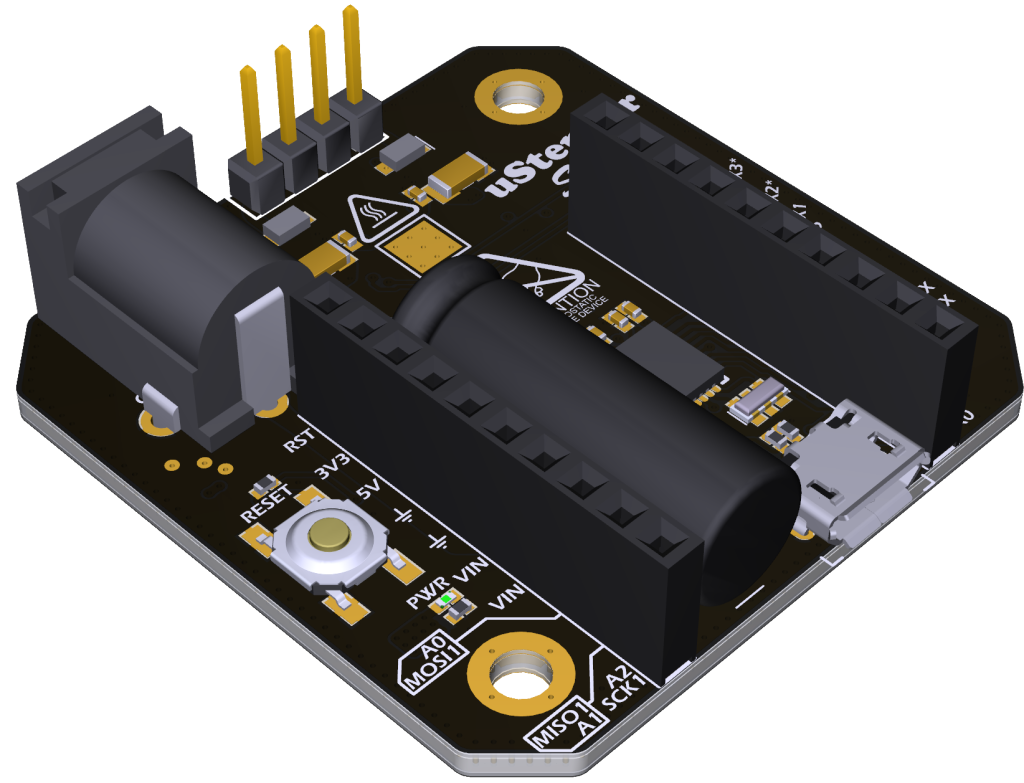 Crowdfunding is a funny thing where success is not necessarily coming to those that have the smartest product, but depends heavily on the publicity you get and the graphic material you provide on the campaign page. Non-the less, it’s a way which provides a good indicator of market potential and also makes it possible to finance the production of the first batches by pre-orders. The value of publicity provided by crowdfunding alone should not be underestimated either, and is exactly for these reasons that we chose to do yet another crowdfunding campaign.

If you want to know more about uStepper and maybe even support our campaign, visit www.ustepper.com where there will also be a link to the campaign page shortly! 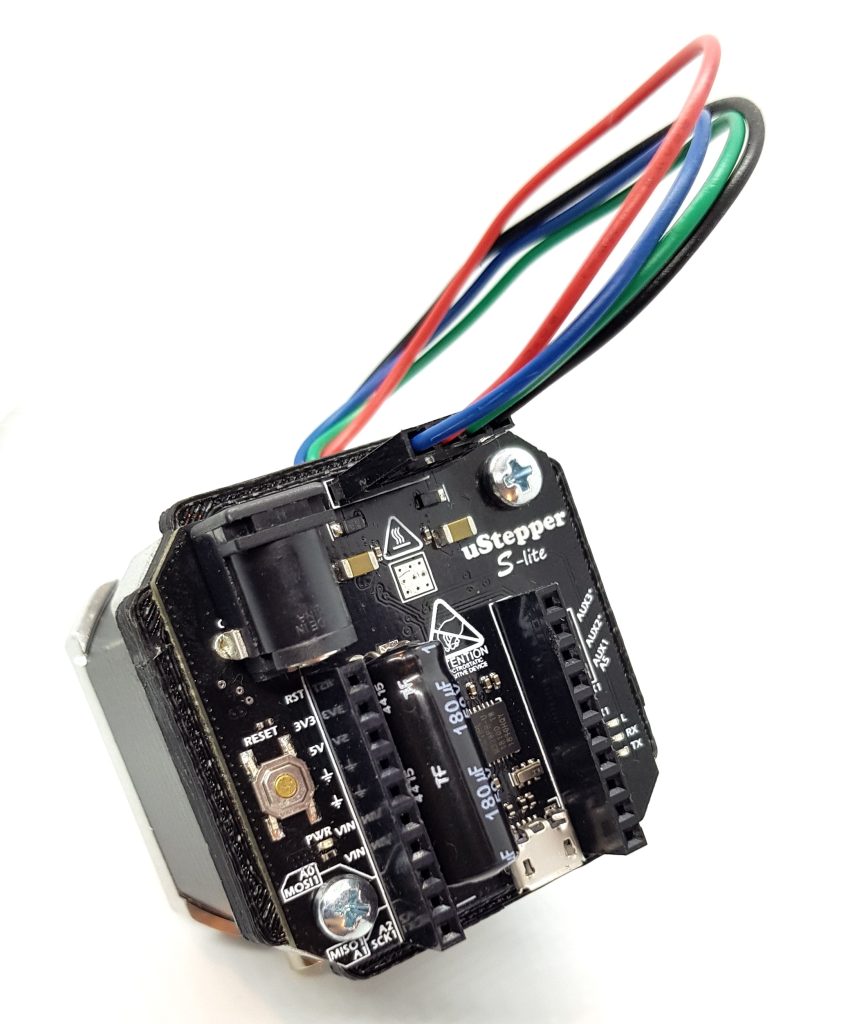 What is the feedback mechanism for sensing the motor’s position?

The feedback is in the form of a magnetic encoder on the PCB, which senses the magnetic field of a magnet (diametrically magnetized), placed on the motor shaft. This magnet is of course included with the uStepper.

That’s very interesting. Do you have any video of this?

I think the benefits of the encoder are best shown in our video of the uStepper mounted on a 3d printer (https://www.youtube.com/watch?v=oidiMjSqiBU)

The above video is with the original uStepper, where the new version will perform even better.

I wish you the best of luck with this. Since you’ve been around since 2015 I’m surprised I’ve not heard of this controller/driver before.

To be honest, we haven’t done a lot of marketing until recently, which is probably why you haven’t stumbled across us