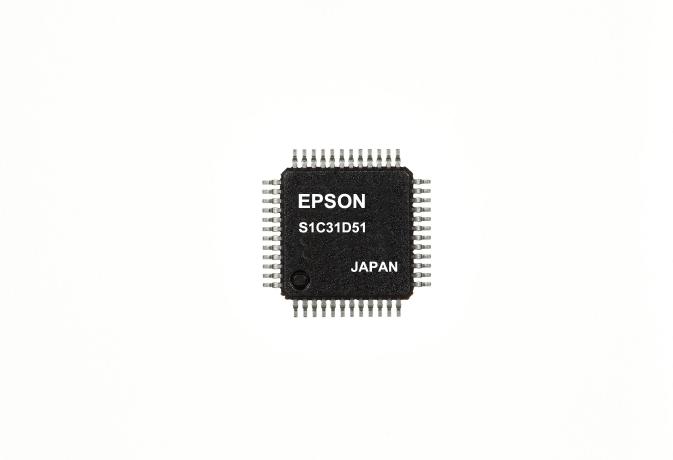 Epson has launched the S1C31D51, a 32-bit ARM Cortex-M0+ MCU that has integrated hardware that is able to play sound on speakers and buzzers. by Ally Winning @ eenewsembedded.com

Epson will manufacture 200,000 of the new controllers each month.

The ARM Cortex-M0+ processor features a dedicated hardware processor that is capable of producing 2-channel sound on the single MCU chip. This hardware allows the output of voice guidance sounds, such as error and warning messages on a buzzer instead of a speaker. Buzzer sound output performance can often be very poor with low volume and limited bandwidth. S1C31D51 improves that buzzer performance with a combination of software and hardware.

Initially, the HW processor plays the sound without the need for CPU resources, allowing those resources to be used by other processes – even during sound playback. Epson employs a high data compression algorithm (16 kbps @ 15.625 kHz) to cut the size of sound data memory. This makes it possible to use a large amount of sound data, or sound data in multiple languages. Epson’s also offers its own Voice Creation PC Tool. The software tool is free of charge for customers and provides a simple development environment to create sound data for 12 languages without studio recording. Existing WAV data can also be used.

Secondly, the MCU has an integrated self-memory check function that detects failures in built-in RAM, built-in Flash, and external QSPI-Flash memories without the use of CPU resources.

The 1 S1C31D51 evaluation board includes the TDK Corporation’s electromagnetic and piezoelectric buzzer. The board allows quick audio testing along with the preset demonstration.