The 4-to-2 Bit Binary Encoder

The output lines (Q0 & Q1) output a binary code to encode four input lines (D0, D1, D2, & D3). When D0 is “HIGH” then both outputs are “LOW”, similarly, a “HIGH” state of D1 input enables only Q0 to “HIGH”, and other inputs are encoded, accordingly. In an ordinary encoder, there is only one input with a logically “HIGH” state and can produce the wrong output when it has more than one input with a “HIGH” state. For example, when both D1 and D2 are “HIGH” then it would produce an output of “11” which belongs to the input address of D3 which is completely wrong.

The simplest way to overcome such a problem is to prioritize the inputs and when there is more than one input with a “HIGH” state then produce output code corresponding to the input with the highest designated priority only. So, the encoder which prioritizes the binary inputs to produce an equivalent binary code is called a Priority Encoder or P-encoder.

The 8-to-3 Bit Priority Encoder

In the following figure, an 8-to-3 Priority Encoder has been shown along with its truth table. The 8-to-3 Bit P-encoders are available in commercial IC packages and 74LS148 is a TTL family 8-to-3 Bit Priority Encoder. The Priority Encoder typically sets the priority of its inputs depending on their ascending order. Considering eight (8) inputs from D0 to D7, the D0 input will have the least priority compared to other inputs and, on the other hand, the D7 will enjoy the highest priority. For example, if inputs D2 and D5 are active, simultaneously, then the input D5 will be given priority over D2 because of its higher order. 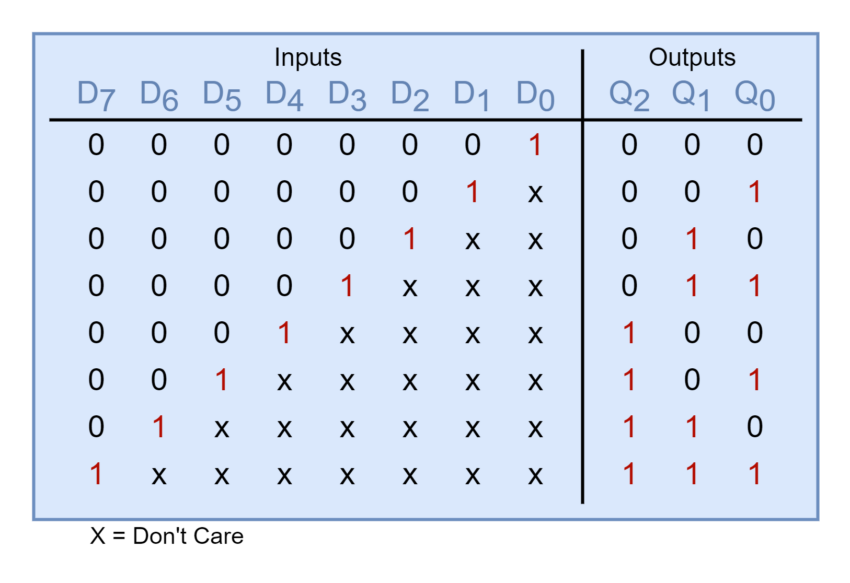 The above truth table gives the following algebraic equations for the outputs of the 8-to-3 Bit Priority Encoder and the equations are simplified further to obtain reduced equations.

The Output Expressions of the 8-to-3 Bit Priority Encoder

The reduced expressions of the parity encoder are further simplified by ignoring the “don’t care” or zero input conditions.

The Logic Diagram of 8-to-3 Bit Priority Encoder

From the above-simplified expressions, following the 8-to-3 Bit Priority Encoder can be constructed as shown below: 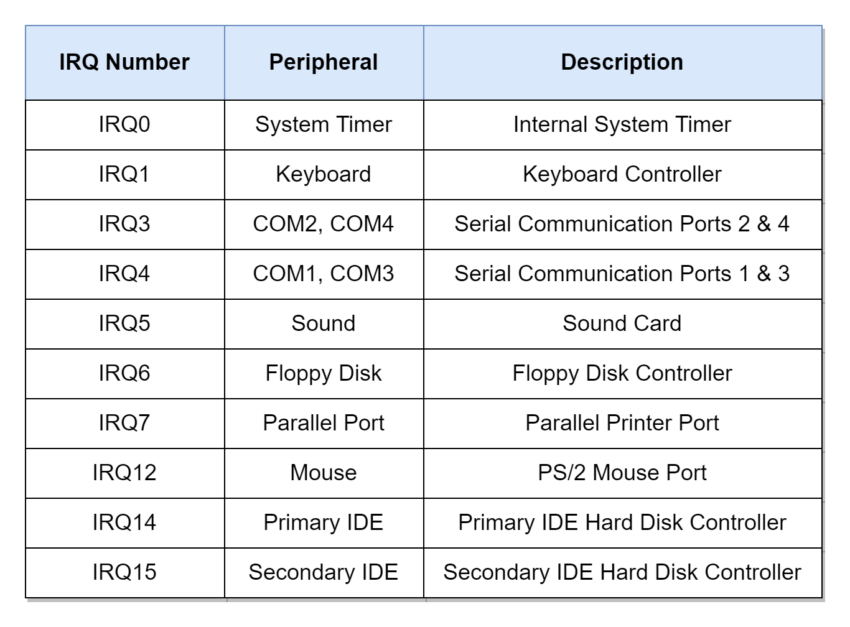 The Rotary or Position Encoders are frequently used in rotating or mechanical parts to determine the position of a rotating object. The most common applications include robots, rotating knobs, navigation systems, electric gates, etc. The rotational movement is divided into a number of segments or positions which gives the proportion or percentage of total displacement or rotation. Each segment or position drives the input lines of an encoder which produces a binary code of that specific position and is processed in the microprocessor, accordingly. The following figure shows a rotating knob that is divided into eight (8) segments and each segment is given a total percentage of rotation covered. The segments can be indicating to any specific information and can be driven through a sensor such as a compass or motor.

The following table shows the expected output binary code of the above rotary encoder. 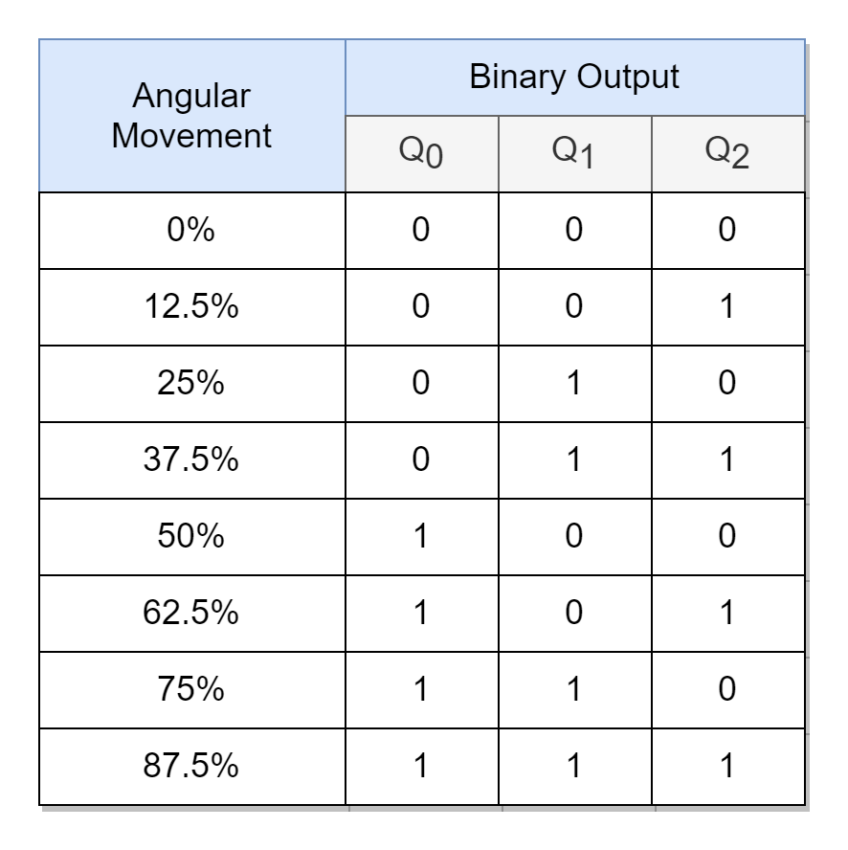 The QWERTY keyboard typically uses 104 keys comprising of alphabets, numbers, special characters, etc., and is not feasible to have a dedicated data channel wired for each specific key. Instead, a Priority encoder is utilized to reduce the number of data wires at the output and the 104 keys of a keyboard are converted into American Standard Code for Information Interchange (ASCII). Each ASCII encoded data comprises of 7-bits which can hold information of 27 = 128 signals or keys. So, whenever a key is pressed on the keyboard, an “ACTIVE” or “HIGH” signal of that key is sent using one of its designated spaces from 0 to 127, and from this computer recognizes which specific key has been pressed on the keyboard.