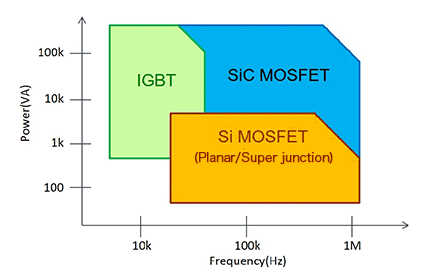 MOSFETs are now more commonly used in digital and analog circuits than BJTs (bipolar junction transistors) mostly because of their power efficiency. MOSFET’s are power efficient because the output is controlled by an input voltage instead of an input current. Electronics today are gearing towards low-power usage and MOSFETs seems to offer that over the BJTs.

There are several types of MOSFETS, and Super-Junction MOSFETs is a type of power transistor that is becoming mainstream lately. They are well-suited for high-speed operation at lower to immediate power levels as compared to IGBTs or the SiC-MOSFETs as shown in the graph below.

Nexperia, a global leader in Discrete, Logic and MOSFETs devices have introduced an automotive-focused super-junction MOSFETs in an electrically and thermally efficient LFPAK56E package called the BUK9J0R9-40H.

The Nexperia LFPAK56 package provides a genuine alternative to DPAK and D2PAK solutions. It will allow a considerable amount of space to be saved as compared to traditional D2PAK and DPAK solutions and offers designers flexibility and reliability without compromising thermal performance.

The BUK9J0R9-40H features low RDS (on) of just 0.9 mΩ and can handle a maximum load current of 220 A at 40 V for applications switching up to 1.2 kW power, providing a cost and power efficient solution. The low RDS (on) and maximum current rating of 220 A of this newly launched MOSFETs seems to be the highest ever achieved in a power-S08 footprint device for use in the automotive sector. 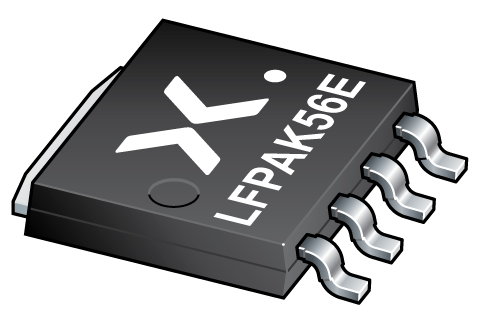 The BUK9J0R9-40H is simply an N-channel 40 V, 0.9 mΩ logic level MOSFET in an LFPAK56E package. Just like every other super-junction MOSFET, the MOSFETs can also be operated in parallel for higher current applications.

Below are some of the super junction MOSFETs featuers:

More information about the super junction MOSFETs can be found on the product page, and the product datasheet can be download here.