Skip to content
HomeBlog Chemoelectronics: Nanoparticle Diodes and Devices That Work When Wet 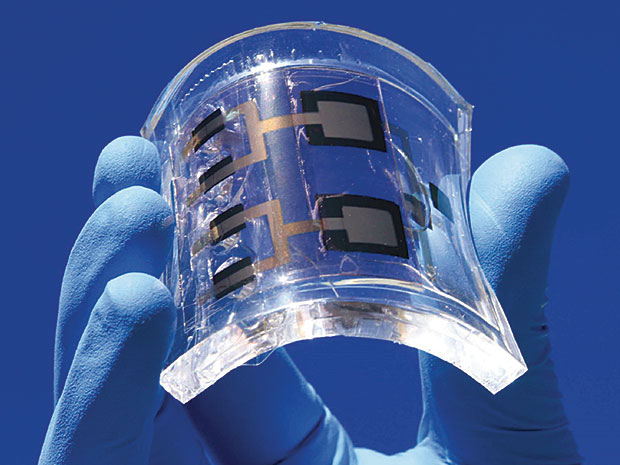 Chemoelectronics: Nanoparticle Diodes and Devices That Work When Wet

Dexter Johnson has a writeup about flexible, water-loving logic circuits and sensors without the need of semiconductors.

They constructed the chemoelectronic devices by coating gold nanoparticles with any of four types of organic molecules called ligands. Each ligand produces a different, charge-related effect when put in water or a humid environment. One dissolved, releasing a postive ion and leaving the nanoparticle surrounded in negative charge. Another had the opposite effect, making the nanoparticle positive and releasing a negative ion.

Chemoelectronics: Nanoparticle Diodes and Devices That Work When Wet – [Link]