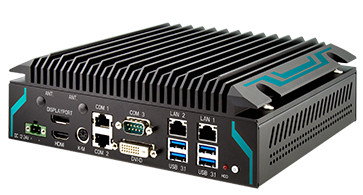 Arbor Technology has announced a new inclusion to its ELIT series of digital signage systems equipped with Intel’s 8th Gen Coffee Lake S-series Core processors with 35W TDPs. The fan-less, rugged “ELIT-1930” signage player runs Linux or Windows on an 8th Gen Coffee Lake-S CPU with up to 32GB DDR4, and features triple 4K displays, 2x GbE, 3x COM, 4x USB 3.1, and 3x M.2. The ELIT-1930 offers Linux 4.x or Windows 10 IoT on CPUs including the 6x core/12x thread Core i7-8700T which is clocked at 2.4GHz/4GHz. Available also is a hexa-core i5-8500T, and quad-core i3-8100T, which are single-threaded, with the system having an Intel Q3. Another Coffee Lake based signage player we’ve seen with Linux support is Axiomtek’s similarly S-series based OPS700-520. A large number of Arbor’s ELIT signage players have been Intel-based systems, such as the 6th Gen Skylake based ELIT-1900.

Pricing or availability information is not provided for the ELIT-1930 yet. More information can be found in Arbor Technology’s announcement and product page.