BSP Embed published a video demonstrating a new project to build a connected device to measure the power consumption of household instruments.

The presenter relied in his project on the feature of having a blinking led in modern power meters where each blink means that 1 KWh is consumed.

The device features the following:

The concept behind this project is straightforward. A wire from the blinking LED of the power meter is connected to an interrupt pin from ESP8266 to count blinks (KWh) and then upload it to ThingsSpeak IoT platform to present data live online and to analyze it later.

To detect tampering, he used ACS712 AC current sensor module and connected its output (analog output) to an ADC input from ESP8266; If data from the sensor shows power consumption while no blinking form the LED is detected then a theft warning status will be issued. 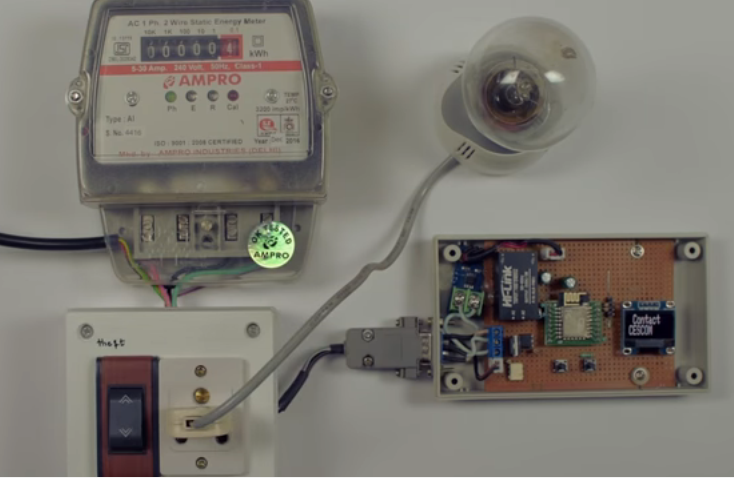 The firmware, written in Arduino C, can be downloaded from Github.