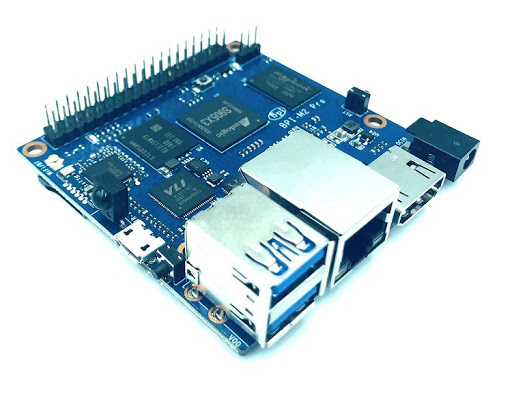 The new BPI-M2 Pro is second in line of a bigger but similar open-spec Banana Pi BPI-M5 SBC that closely follows the Raspberry Pi 3 Model B form factor. The BPI-M2 Pro shares almost the same specifications as the BPI-M5 except for some slight differences which I would just like to share briefly.

The BPI-M2 Pro on the other hand adds a WiFi/BT module and uses a DC Jack for power supply input instead of the Type-C port. 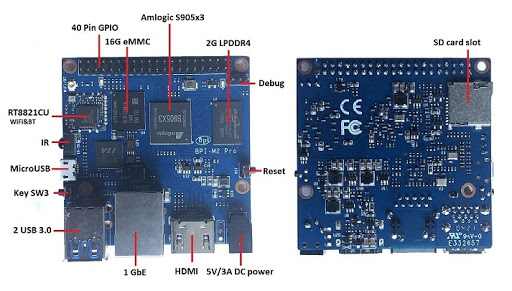 Features and Specifications of the Banana Pi BPI-M2 Pro include:

The SBC is supported with Android 9 and Linux flavors including Ubuntu, Debian, and CoreELEC. Since software support is not really a strength of Banana Pi, judging from past projects, the BPI-M2 Pro will most likely be more appreciated and better used by experienced developers and engineers.

There is no information on pricing and availability yet, but the board will likely cost less than the BPI-M5 that sells for $53. Further details however may be found on the company’s wiki page.