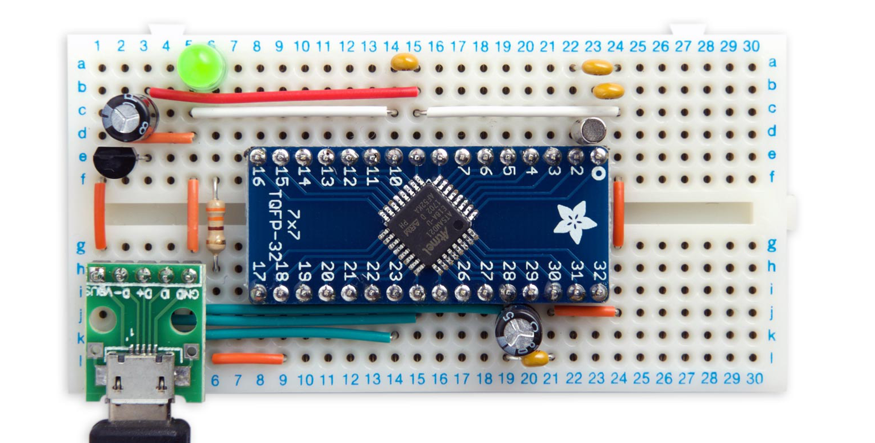 This project describes how to build an ATSAMD21-based computer on a prototyping board using the minimum number of components, and program it from the Arduino IDE. David Johnson-Davies writes:

I give two alternative methods of uploading a bootloader to the bare ATSAMD21 chip using the Arduino IDE. You can then program the minimal ATSAMD21 computer from the Arduino IDE via the USB port, like any other Arduino board.

If you’re looking for something more powerful than the ATmega328 in the Arduino Uno a good choice is the ATSAMD21. This is an ARM Cortex M0+ processor with up to 256 KB flash memory, 32 KB RAM, and a 48 MHz clock, so it’s substantially better equipped than the ATmega328. In addition it has a USB interface built in, so there’s no need for a separate chip to interface to the serial port.