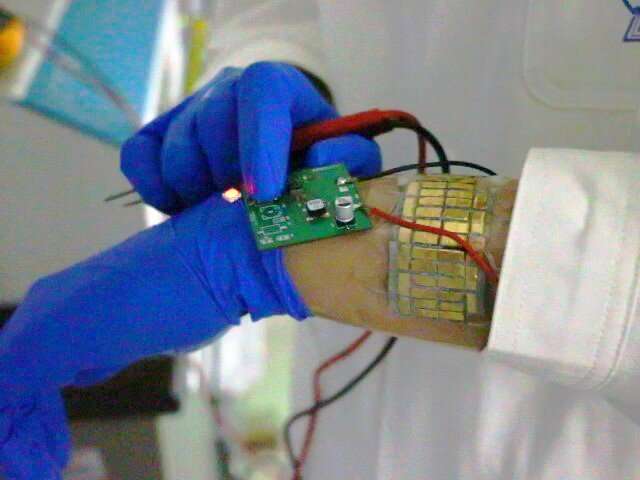 While several advancements in battery technology, thanks to increased research in the field, have driven up the potential and range of applications for wearables, there are some application areas of wearables that are still being hindered by power, with issues ranging from the size of batteries, to cost, and other issues around battery life and charging. Several efforts are ongoing to power wearables from energy harvested from several human activities from walking (using Piezos and motion-based systems) to talking(converting sound energy), the latest, however, seeks to power wearables using a by-product of the human body system, body heat.

A product of work done by researchers in China, the device, leverages the ability of thermoelectric generators (TEGs) to produce electricity using heat gradients. Unlike most modes of electricity generation, TEGs do not require ingredients like working fluids,  and moving parts, neither does it require the movement, positioning, etc., required by other forms of energy harvesting solutions. It is passive in its operations and this makes it great for applications that require a quiet, reliable, and portable power source.

For the researchers, while the potentials of TEGs was clear, a major challenge they had was making TEGs in a way that makes them useful for wearables, as traditional TEGs are rigid and rigidity doesn’t exactly fit most of the wearable applications that the device could potentially support. While flexible TEGs exist, they tradeoff different features like coverage area, and energy generation capacity for flexibility.

To solve this, the team designed and fabricate a reliable and high-performance flexible TEG that was made from p-type Sb2Te3-based, and n-type Mg3Bi2-based materials with porous polyurethane (PU) matrix and flexible printed circuit board (FPCB) electrodes. The obtained flexible TEGs after development demonstrated a peak power density of 20.6 μW/cm2 on a human arm at an ambient temperature of 289 K (air velocity, 1.1 m/s) and a peak power density of 13.8 mW/cm2 at a temperature difference of 50 K. Showing a good balance between performance and flexibility, the system withstood 10,000 bending cycles at a bend radius of 13.4 mm with no major drop in output performance.

To test their assumptions, the team built a prototype, a TEG band measuring 4.5 in long and 1.1 in wide. The band was wrapped around the wrist of someone whose body temperature measured at 92.9 F in ambient environmental conditions, using the temperature difference between the body and the environment, the band successfully lit up an LED load.

These results show great promise, as it means one could combine the FTEG with power management using highly integrated DC-DC converters like Analog Devices LTC3108, to create an integrated self-powered electronic device, like a pulse oximeter (which actually uses LEDs), drawing power from the temperature of the same hand on which it is being used.

With essential components of most wearable devices typically consuming just between 100 nW to 10 mW of power, it is safe to say that in the nearest future, we could see the FTEGs replacing batteries entirely in certain wearable applications.