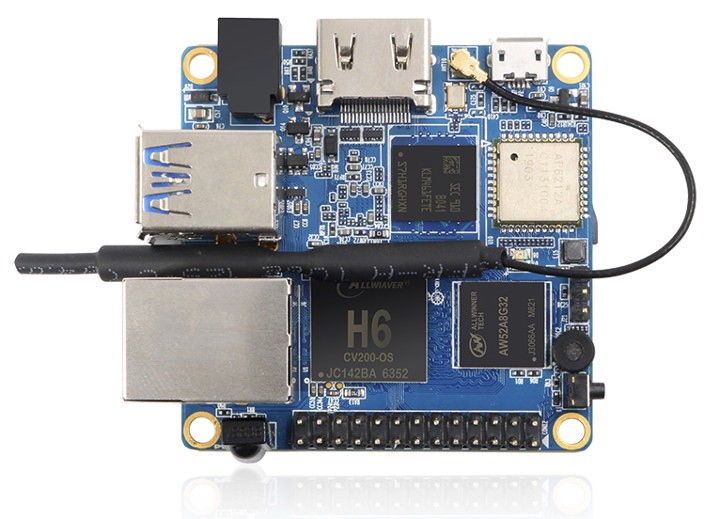 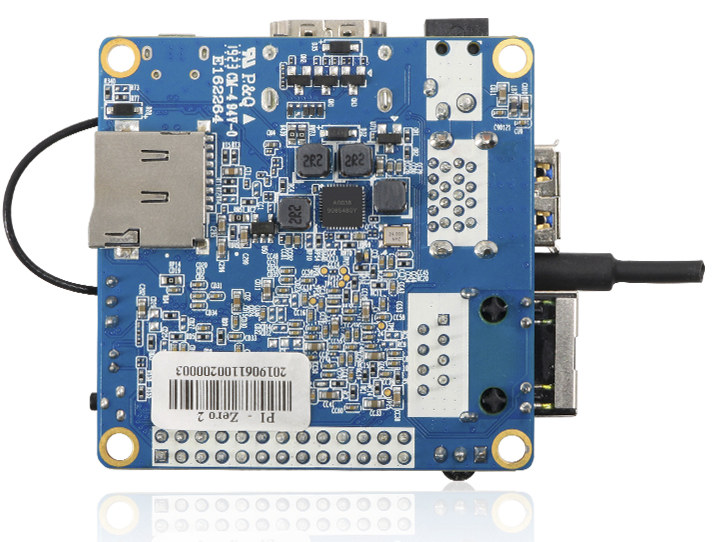 The SBC is based on an Allwinner H6, an SoC that integrates four ARM Cortex-A53 cores and an ARM Mali-T720 GPU alongside other components. The Pi Zero2 also supports OpenGL through to ES 3.1 and DirectX 11. Shenzhen Xunlong Software equips the Allwinner H6 with 512 MB of LPDDR3 RAM and 4 GB of eMMC flash storage. The Pi Zero2 also supports up to 32 GB microSD cards in case you need additional space. The board also includes a full-sized HDMI 2.0a port, which is quite rare among small SBCs. 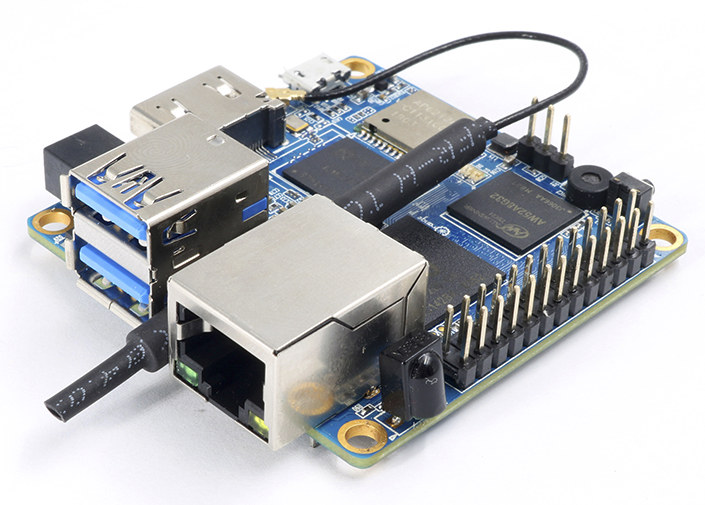 The Pi Zero2 offers support for all modern Wi-Fi standards up to IEEE 802.11 n too, and also Bluetooth 4.2, and 100 MBit Ethernet. Gigabit Ethernet would have been preferable, but we will settle for the board’s USB 3.0 and USB 2.0 connections. To sweeten things, there is a 26-pin Raspberry Pi header too, along with a 3-pin UART header for serial console debugging. The SBC needs 5 V for power, and it can be supplied either through a USB OTG or a DC jack. The Pi Zero2 measures 55 x 55 mm and weighs just 34 g. The board should offer support for Android 7.0, Debian and Ubuntu, although, we should note that these pre-release OS lists are not always complete or correct, so we might see something different later. Shenzhen Xunlong Software is also silent about pricing and availability, although we should expect the Pi Zero2 to sell for around US$20, going by the price of previous Orange Pi devices.