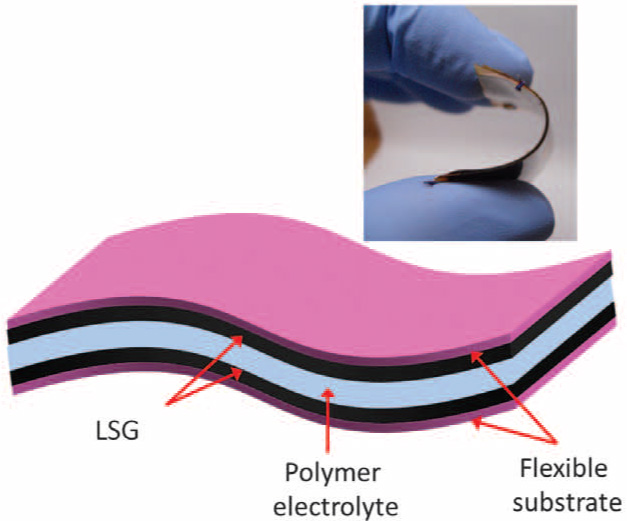 Battery anxiety is a modern day problem for many of us. Mobile phone and wearable technologies are getting developed rapidly, but battery issues seem to be neverending. As phones and wearables are getting thinner, there needs to be a trade-off between battery life and design. Scientists are searching for a way to make a battery that’s tiny yet capable of holding the charge for a long time. So, what’s the solution? Supercapacitor.

Scientists have been researching on the use of nanomaterials to improve supercapacitors that could enhance or even replace batteries in electronic devices. But it’s not an easy task. Considering a typical supercapacitor, it must be a large one to store as much energy as a Li-ion battery holds.

To tackle the battery issue, a team of scientists at the University of Central Florida (UCF) has created a tiny supercapacitor battery applying newly discovered two-dimensional materials with only a few atoms thick layer. Surprisingly, the new process created at UCF yields a supercapacitor that doesn’t degrade even after it’s been recharged/discharged 30,000 times. Where a lithium-ion battery can be recharged less than 1,500 times without significant failure.

So, what else makes the supercapacitor special apart from their tiny size? Well, let’s hear it from Nitin Choudhary, a postdoctoral associate who conducted much of the research :

If they were to replace the batteries with these supercapacitors, you could charge your mobile phone in a few seconds and you wouldn’t need to charge it again for over a week.

Supercapacitors are not used in mobile devices for their large size. But the team at UCF has developed supercapacitors composed of millions of nanometer-thick wires coated with shells of two-dimensional materials. A highly conductive core helps fast electron transfer for fast charging and discharging. And uniformly coated shells of two-dimensional (2D) materials produce high energy and power densities.

Scientists already knew 2D materials held great promise for energy storage purpose. But until the UCF developed the process for integrating those materials, it was not possible to realize that potential. Nitin Choudhary said,

For small electronic devices, our materials are surpassing the conventional ones worldwide in terms of energy density, power density, and cyclic stability.

Supercapacitors that use the new materials could be used in phones, wearables, other electronic gadgets, and electric vehicles. Though it’s not ready for commercialization yet. But the research team at UCF hopes this technology will soon end the battery problem of smartphones and other devices. So let’s wait awhile, and at the end of this year maybe you’ll be using a new smartphone that can be charged in seconds and lasts for a week, who knows!