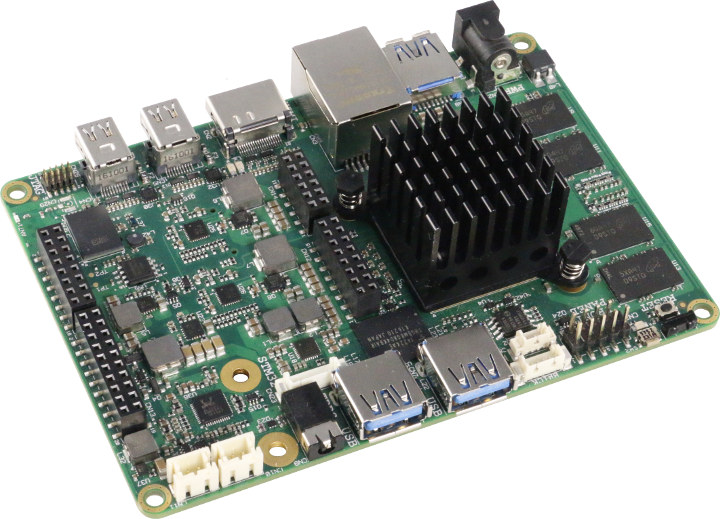 SECO, the company behind the brilliant UDOO X86, recently announced the release of another version of the board which is being called the UDOO X86 II SBC. While the UDOO x86 development board which was introduced in a crowdfunding campaign has grown in leaps and bounds with several accessories developed for it, It is falling into the same continuity predicament with several boards running an Intel Curie based processors due to the announcement by Intel to discontinue the production of the processors.

The Intel Currie processors were part of intel’s big bet on the x86 Smartphone wave which din’t quite pay off and it being discontinued by Intel meant the end to production for the UDOO x86. To mitigate this and give users continued access to the incredible power and performance provided by the UDOO x86 boards, SECO decided to branch off into another version of the board, offering the same features but replacing the Intel Curie module with the Atmega32u4 microcontroller which is the same Microcontroller on the Arduino  Leonardo.

According to SECA which referred to it as “the most powerful x86 maker board ever”, the UDOO x86 11 SBC combines Quad Core 64-bit new-generation x86 processors made and designed for the PC domain by Intel® with the Atmega2u4 microcontroller to deliver a board that can run all the software available for the PC world, from gaming and video streaming, to graphical editors and professional development platforms, while also giving users access to all the pecs of the Arduino™ Leonardo world, including the ability to build projects using the Leonardo compatible sketches, libraries and the official Arduino™ Leonardo IDE.

The new board’s line up comprises of two models; 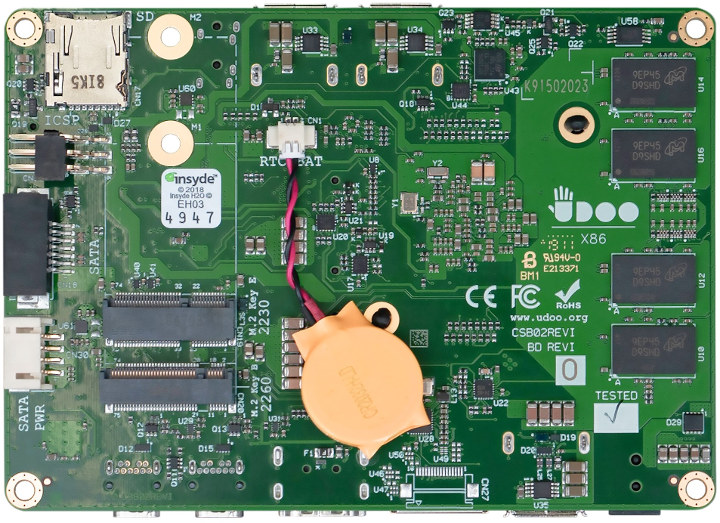 On the ATmega32U4 side, the boards feature the standard, Arduino Leonardo compatible pinouts with up to 12 analog input pins and 23 Digital I/Os which include 7 pwm enabled pins along with’ 1x UART, 1x I2C, and 1x SPI ports with the communication between the Braswell SOC and the ATmega32U4 Microcontroller done over an internal USB interface, just the same way Arduino Leonardo boards are connected to external PCs.

A summary of the features of the board is provided below.

More information on the boards can be found on the product page on UDOO Shop and on the Product Documentation page.