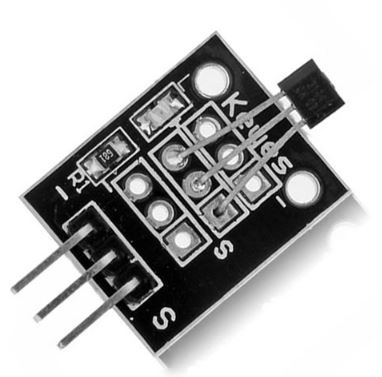 Hi guys, welcome to today’s tutorial. Today we will look at how to use a hall effect sensor with Arduino.

Hall sensors are becoming very popular due to their versatility and they are used in many different applications. One of the popular applications of hall effect sensors is in automotive systems where they are used to detect position, measure distance and speed. They are also used in modern devices like smartphones and computers and also used in different type of switches where the presence of a magnetic field is used to either activate or deactivate a circuit.