Wio Lite MG126 is a cost-effective SAMD21 based development board with the on-board MG126 Bluetooth Module. SAM D21 is an ARM Cortex-M0+ based microcontroller and the MG126 is a 2.4GHz single-mode Bluetooth transceiver module. The same with Wio Lite W600, this board is also compatible with Arduino zero( Used the same Arduino Core SAM D21) and has the same compatible form factor with Adafruit Feather series. 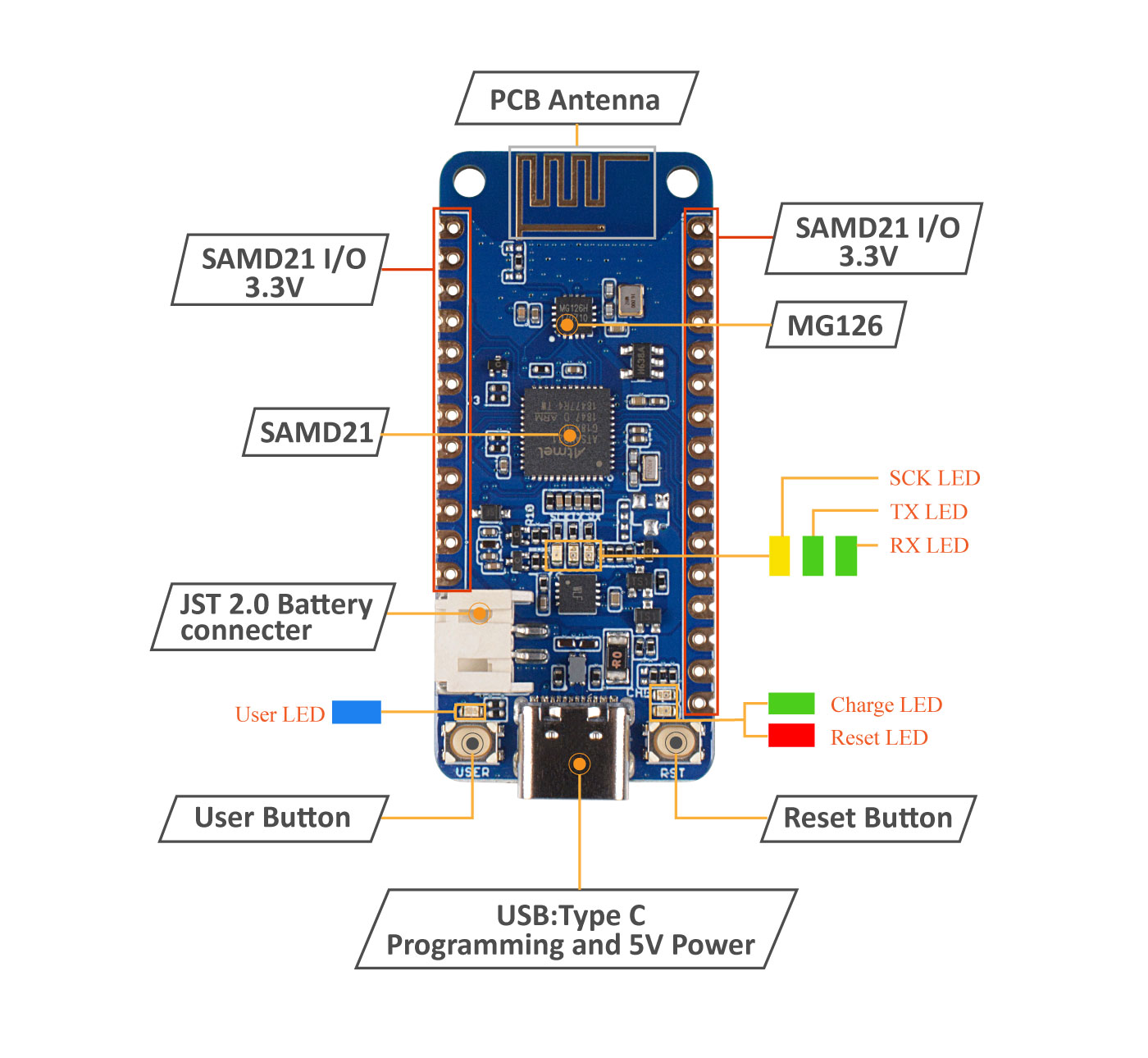 Now, let’s talk about the Bluetooth Core, the MG126. MG126 is a 2.4GHz BLE RF transceiver with software configurable registers, embedded packet handling engine. It can work with ultra-low power. The Bluetooth air data rate of MG126 is 1Mbps and MG126 can talks with Arduino core at the speed of 4Mbps via the SPI interface.